Classic of the Month: Twelve Years a Slave 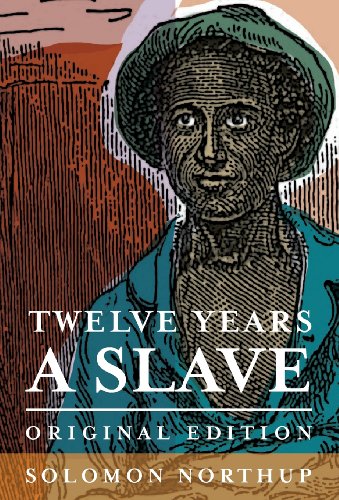 In honor of its most recent Academy Awards and much deserved recognition, we are once again featuring Twelve Years a Slave by Solomon Northup as our Classic of the Month for March.

In 1841, free-born African American Solomon Northup was offered a job in his hometown of Saratoga Springs, New York. He followed his employers to the job site at Washington, D.C., where he was beaten, drugged, kidnapped, and sold into slavery, eventually ending up on a plantation in Louisiana owned by Edwin Epps. While there, in 1852, Northup befriended Canadian carpenter Samuel Bass, who was at the time doing work for Epps. Secretly, Bass was able to contact Northup's family, who informed New York governor Washington Hunt of his kidnapping. The state was able to use a law passed in 1840 that allowed the recovery of free black men who were sold into slavery to rescue Northup. Solomon was finally made free again on January 4, 1853. One of few slaves of his era ever to regain freedom, he devoted his time and energy to lecturing and educating others about abolitionism. Northup is without a doubt, a person worth celebrating.

His story has seen a wave of media attention recently, winning three Oscars for Best Picture, Best Supporting Actress, and Best Adapted Screenplay. Additionally, Twelve Years received the Golden Globe for Best Motion Picture - Drama as well as the Best Film award at the British Academy of Film and Television Arts. Shortly thereafter, an article was published about Northup's family, interviewing his great-great-great grandson, Clayton Adams, on how Northup's story had affected him and his family. On March 4th, the New York Times released a correction apologizing for the misspelling of Northup's name in an article written about his kidnapping 161 years ago.

Twelve Years a Slave was a bestseller in its time and remains one today. Northrup's work sold approximately 30,000 copies copies when it was first released, and has recently made the New York Times Best Sellers List.

Cosimo is proud to have released both an affordable paperback and beautiful hardcover edition of Twelve Years a Slave at Barnes & Noble, as well as on Amazon (paperback and hardcover).

Series of the Month: A History of the American People 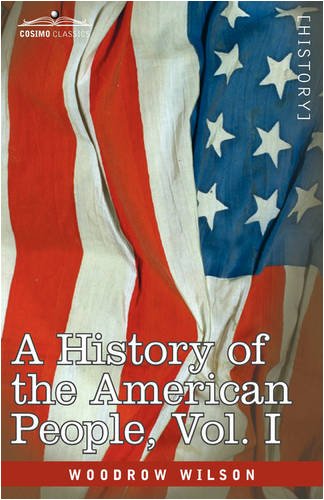 "Washington felt very keenly the sharp power of the hot criticism to which his course towards France had subjected him. It was a heady current to stem. Unmeasured abuse beat upon him. He seemed for a little the leader of a party, and of a minority party at that, instead of the leader of the nation. He was made to seem for a time nothing but a Federalist, the head of a party which meant to make the federal government the people’s master and then use its mastery to serve England, whom they hated, and to humiliate France, whom they loved."
—from Chapter III: “A Nation in the Making”


Cosimo is celebrating American patriotism with our March Series of the Month, A History of the American People, by Woodrow Wilson.

A History of the American People is a five-volume history of the United States and the American people, reflecting many of Wilson's policies and ideas that he later brought to his candidacy and presidency. Our series is a beautiful replica of the 1902 first edition featuring all the original halftone illustrations.


Cosimo offers Wilson's impressive series by individual volume at various online bookstores or as a full set in hardcover or paperback, especially of interest to collectors, readers who like to expand their personal library or professional librarians. If you are interested in purchasing the full set, please contact us.
The hardcover retail list price for the series is $154.95, but now:our price: $119.99  (you save $35 or a 22 percent discount)The paperback retail list price: $64.95, but now: our price: $49.99 (you save $15 or a 23 percent discount)

Today is International Women’s Day, a day that started nationally in the United States, but would gain enough clout and momentum to spread worldwide.


On February 28, 1909 the Socialist Party of America declared that the USA should observe Women’s Day. In 1910, an International Women’s conference was held and they reached the agreement that International Women’s Day should be observed annually. March 18, 1911 was the first International Women’s day. Observed by over 1 million people in several different countries, the day marked many demonstrations for the support and empowerment of women who have long contributed to the history and success of many nations without recognition. The demonstrations also demanded the right to vote and hold office. The day spread over the next fifty years and in 1977 when the United Nations General Assembly invited member states to proclaim March 8 as the UN Day for Women's Rights and International Peace, the day became official with a widespread observance.

International Women’s Day is a recognizable and significant moment in the Women’s rights movement. Striving for equality in regards to voting was discussed and hotly debated in the early 1900s, a great survey of which is described in Eugene A. Hecker's 1914 title, "A Short History of Womens Rights" or, for those who may want to travel back in time a bit, Mary Wollstonecraft's book, "A Vindication of the Rights of Women" will give readers a fantastic historical background from the 1700s.


It is because of these women of the past who fought (and those women who still fight today) for equality and rights, that we can have such amazing authors as we do today. For example, Phebe A. Hanaford, who wrote about female poets, scientist, preachers, and educators in her book, "Daughters of America or Women of the Century", or Margaret E. Burton', who defied longstanding cultural traditions and stereotypes and wrote about her struggles in "Notable Women of Modern China", and more recently, Michaela Walsh, who wrote "Founding a Movement: Womens World Banking, 1975-1990" and was the president of Women's World Banking.


The 2014 theme of International Women's Day is Inspiring Change, and challenging the status quo for women's equality and vigilance inspiring positive change. Thousands of events occur to mark the economic, political and social achievements of women. Organizations, governments, charities, educational institutions, women's groups, corporations and the media celebrate this day world wide. For more information about International Women's Day and events near you, see their website.

March Book of the Month: A Journey through Governance

Cosimo's Book of the Month for March is a new release, a personal account from career civil servant William A. Morrill, who spent nearly twenty-five years working in the White House during a combined six presidencies. Morrill experienced some of the most iconic American moments firsthand and worked with several of the most well-known (if not well-loved) presidents of the modern era.

A Journey through Governance: A Public Servant's Experience under Six Presidents is a memoir revealing how the United States government works behind closed doors. Morrill, the quintessential public servant, takes the reader inside the White House fence and through Capitol corridors to meet presidents, senators, generals, and cabinet secretaries as they deal with one critical national issue after another.


Morrill's Government Involvement
Among the projects central to Morrill's time in federal government were helping to spearhead healthcare reform in the early 1970s, transforming the telecommunications industries, improving emissions standards under the Clean Air Act, and helping to figure out how many nuclear bombs were needed in the United States.

Congrats to Twelve Years a Slave for stealing the show at the 2014 Oscars!

This classic won the following awards:
Best Picture
Best Supporting Actress (where Lupidta Nyong'o gives one of the most inspirational speeches of the evening)
Best Adapted Screenplay (screenplay by John Ridley)

If you haven't already read the book (or seen the trailer), Solomon Northup (Chiwetel Ejiofor), a free black man living in the north with his family, is sold into slavery after being tricked into a (fake) job and kidnapped. He is taken away from his family and his home in New York where he has to endure a life (or lack thereof) of living on a cotton plantation while being harassed and abused.


Twelve Years is also the winner of the Golden Globe for Best Motion Picture - Drama as well as  the Best Film award at the British Academy of Film and Television Arts.

The film's director, Steve McQueen, had this to say during his acceptance speech: “Everyone deserves not just to survive, but to live. This is the most important legacy from Solomon Northup. I dedicate this award to all people who have endured slavery. And the 21 million people who still suffer slavery today. Thank you very much. Thank you. Thank you.”

Clayton Adams, the great-great-great-grandson of Solomon Northup, had this to say about the film: "I read the book twice. But the second time, I was really understanding that this was a part of my blood, and with that in mind, it truly brought me to tears at the end of the book."

Twelve Years was not the only book to movie adaptation recognized at this year's awards ceremony:
Philomena (Philomena: A Mother, Her Son, and a Fifty-Year Search By Martin Sixsmith), Captain Phillips (A Captain's Duty: Somali Pirates, Navy SEALs, and Dangerous Days at Sea By Richard Phillips with Stephan Talty), The Invisible Woman (The Invisible Woman: The Story of Nelly Ternan and Charles Dickens by Claire Tomalin), The Hobbit: The Desolation of Smaug (The Hobbit by J. R. R. Tolkien), The Book Thief (The Book Thief by Markus Frank Zusak), Frozen (The Snow Queen by Hans Christian Andersen), The Wolf of Wall Street (The Wolf of Wall Street by Jordan Belfort) American Hustle (The Sting Man: Inside Abscam by Robert W. Greene), and of course, The Great Gatsby (The Great Gatsby by F. Scott Fitzgerald) were all nominated.

Congrats to all of those who worked hard to bring Twelve Years a Slave to life on the big screen!

Cosimo is proud to have released both an affordable paperback and beautiful hardcover edition of Twelve Years a Slave at Barnes & Noble, as well as on Amazon (paperback and hardcover). For more information about the author and the book, please see our press release.