As you come to the end of your first month's worth of resolutions, we at Cosimo would like you to take a step back and recognize the hard work you are doing. Here are a few eBook titles for our readers to exercise the mind and spirit so you can be healthy inside and out!

Everything You Want to Know About TM, Including How to Do It by John White

Wildly popular in the 1970s and 80s, Transcendental Meditation (TM) continues to be one of the most accessible forms of Eastern spiritual practice in the West. But does it live up to its hype? In this objective exploration of TM, consciousness researcher John White looks at what's billed as "a simple, natural, and effortless mental technique, practiced twenty minutes a day" and takes on its critics as well as its cheerleaders.

Mystic Journey: Getting to the Heart of Your Soul's Story by Robert Atkinson

Mystic Journey uses a multi-faith approach to reveal the path of the soul; this not a solitary quest but rather a superhighway meant for everyone. As we explore the deeper story of our soul, we also discover that we are living a lifelong process of soul-making, leading us ultimately to personal and collective transformation. Getting to the heart of your soul's story is soul-making. Mystic Journey guides readers to: use their life stories to help solidify their identities, live with an eternal perspective in mind, and reclaim their common spiritual heritage. 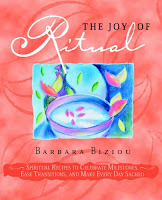 The Joy of Ritual: Spiritual Recipies to Celebrate Milestones, Ease Transitions, and Make Every Day Sacred by Barbara Biziou

Ritual is a universal language that gives substance and meaning to our lives. People are eager to honor the significant moments in their lives and Barbara Biziou, one of America's foremost ritual experts, teaches us how to restore ritual to its rightful place as food for the soul through practical, easy-to-use ritual recipes that are inspiring and fun.

Posted by Cosimo, Inc. No comments:
Email ThisBlogThis!Share to TwitterShare to FacebookShare to Pinterest
Labels: Barbara Biziou, eBook of the Month, Everything You Want to Know About TM, happy new year, John White, Mystic Journey, new year new you, resolutions, Robert Atkinson, The Joy of Ritual

January Book of the Month: Life Changes: A Guide to the Seven Stages of Personal Growth 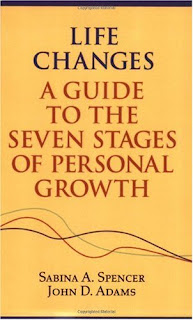 To get those "New Year, New You" resolutions started,  pick up our January Book of the Month, Life Changes by Sabina A. Spencer and John D. Adams!

Life Changes: A Guide to the Seven Stages of Personal Growth provides those who are undergoing significant changes in their lives with an easy to follow road map of the normal ups and downs in the adjustment process. The seven stages of any transition process are described with clear advice about what to expect and, more importantly, what can be learned from each stage. Whatever the transition might be —  a new job, marriage or divorce,  or the death of a loved one — the authors point out that people can either "go" through change or they can "grow" through change. It's up to the individual.

The book also provides additional support for people making life changes, as the authors give advice on clarifying life purpose, protecting health, and maintaining balance during and after these major transitions.


Sabina Spencer has a PhD in Global Leadership Studies and, for the last 20 years, has been working in the areas of strategic change and inspirational leadership with some of the world's largest corporations. She runs her own consultancy and travels internationally for clients such as 3M, Exxon, Nike.

John D. Adams, Ph.D. is a professor, speaker, author, consultant, and seminar leader. He has been at the forefront of the Organization Development and Transformation profession for over 35 years. His early articulation of issues facing organizations has provided a guiding light for the evolution of organization and change management consulting. Adams currently serves as the Chair of the Organizational Systems Ph.D. Program at the Saybrook Graduate School (San Francisco), and is a guest faculty member at The Bainbridge Island Graduate Institute in the MBA in Sustainability program. He also served as editor for two seminal works, Transforming Work and Transforming Leadership, both widely held as defining a new role for the Organization Development profession in a rapidly transforming world.

Charles Lutwidge Dodgson, better known by the pseudonym Lewis Carroll, was born on January 27th in 1832. Without this famous English author, we wouldn't have great poems, literature, photography, or classics like Alice's Adventures in Wonderland. We raise our glass to you Sir Carrol, happy (almost) birthday!

Alice's Adventures in Wonderland - Original Version
The adventures of Alice (named for one of the little girls to whom the book was dedicated) who journeys down a rabbit hole and into a whimsical underworld realm, instantly struck a chord with the British public, and then with readers around the world. Dodgson's playfulness, with language, with mathematical puzzles, with testy creatures such as the White Rabbit, the Mad Hatter and the Queen of Hearts, still confounds and teases lovers of fantasy fiction today.

Through the Looking-Glass - Original Version

In 1872, in reaction to the universal acclaim Alice's Adventures in Wonderland received, Dodgson published this sequel. Nothing is quite what it seems once Alice journeys through the looking-glass, and Dodgson's wit is infectious as he explores concepts of mirror imagery, time running backward, and strategies of chess-all wrapped up in the exploits of a spirited young girl who parries with the Red Queen, Tweedledee and Tweedledum, and other unlikely characters. In many ways, this sequel has had an even greater impact on today's pop culture than the first book.

Alice's Adventures in Wonderland and Through the Looking-Glass


Here, in one volume, you'll find both Alice's Adventures in Wonderland and the 1872 sequel, Through the Looking-Glass. Together, this is a masterwork of playful prose in which the author has invented some of the most memorable characters in literature: the White Rabbit, the Mad Hatter and the Red Queen. The conundrums and delights of these works ensure their ongoing influence over modern pop culture. This unabridged replica edition features the original illustrations by English artist Sir John Tenniel and is a treasured addition to any library.

Alice's Adventures Under Ground: Facsimile of the Original 1864 Author's Manuscript

Alice's Adventures Under Ground was the little-known first draft of what became the famed Alice's Adventures in Wonderland. When Charles Dodgson, better-known as Lewis Carroll, first composed the story of Alice, it was on a boating trip with the Liddell sisters. It was for Alice Liddell that he told tales of Alice's adventures, and Dodgson eventually promised to write the stories down for her. This edition of Alice's Adventures under Ground is the second recorded version of Alice's tales (the first was destroyed), given as a gift to Miss Liddell for Christmas. Afterward, friends encouraged Dodgson to publish Alice's Adventures, which he did after some revisions with Macmillan & Company in London, as the version we know and love today. This facsimile of the handwritten 1864 manuscript includes additional material from the 1886 version and 37 original illustrations. The original manuscript can be viewed in the British Museum in London.

Thank you for your great works of literature Lewis Carrol!

January Classic of the Month: Recipe for a Happy Life 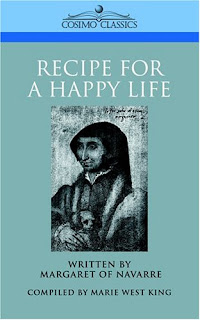 In the spirit of new resolutions and making ourselves better in the new year, Cosimo is thrilled to offer Recipe for a Happy Life by Margaret of Navarre as our Classic of the Month for January.

In the year 1500, Queen Margaret of Navarre wrote her "recipe for a happy life," which includes ingredients such as patience, pastimes, repose and peace, pleasant memory and hope, and love's magic drops. Picking up these themes, Marie West King has selected passages from literature that expand on Queen Margaret's suggestions. Represented are Ralph Waldo Emerson ("A day for toil, an hour for sport"), George Washington ("Labor to keep alive in your breast that little spark of celestial fire, called Conscience"), Plato ("Self conquest is the greatest of victories"), and William Shakespeare ("Love comforteth, like sunshine after rain").

Readers will find that this simple recipe still stands the test of time, even now in 2017. We hope all of you live a happier life in the new year!

January Series of the Month: Hegel's Phenomenology of Mind 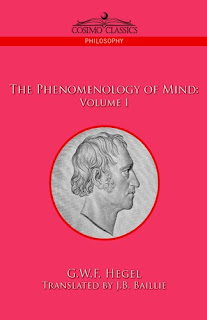 In the hope of assisting those who are embarking on a life-enhancing transition in 2017, Cosimo is thrilled to present The Phenomenology of Mind by G.W.E Hegel as our January Series of the Month.

Originally published in German in 1807, Phenomenology of Mind is Georg Willhelm Fredrich Hegel's most influential and discussed philosophical work. It is within these pages that Hegel developed his concepts for master-slave dialectic, absolute idealism, ethical life, and Aufhebung. This thought-provoking book has had a deep impact on western civilization and has been seen as an influence on the development of existentialism, communism, fascism, death of God theology, and historicist nihilism.

About the Author:
German philosopher Georg Wilhelm Friedrich Hegel (1770-1831) was born in Stuttgart and studied at Tübingen, where his contemporaries included Schelling and the poet Hölderlin.  As a philosophical disciple of Kant, Hegel was of the Idealist School of philosophers and remained an unparalleled influence on German philosophy throughout the 19th century. Additional works by Hegel include: The Objective Logic (1812-13), The Subjective Logic (1816), Encyclopedia of the Philosophical Sciences in Outline (1817), and Philosophy of Right (1821).

Cosimo offers this series by individual volume at leading online bookstores or as a full two-volume set in hardcover. If you are interested in purchasing the full set, please contact us.

Happy New Year from all of us at Cosimo!
Posted by Cosimo, Inc. No comments:
Email ThisBlogThis!Share to TwitterShare to FacebookShare to Pinterest
Labels: G.W.E Hegel, Georg Willhelm Fredrich Hegel, happy new year, new year new you, philosophy, Series of the Month, the phenomenology of mind

January Quote of the Month - By thought, the thing you want is brought to you.....- Wallace D. Wattles - 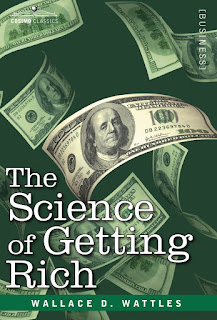 Happy New Year! As things go, the holiday season has passed by quicker than we all could have imagined just a month ago and a new year, 2017, is upon us. We wish all our readers, authors, partners and those of you who happened to find us today a successful, prosperous and healthy New Year.

Last month, we started with selecting and presenting a monthly quote, an inspirational message from one of our authors, and present it here on our blog and also include it in our company's voicemail.

As January represents a fresh start and the beginning of a New Year, our quote for this month reminds us that it is by thought and by action that one can make new things happen this month and every day the rest of this new year. This month's quote is from Wallace D. Wattles, an author and predecessor of modern day gurus such as a Tony Robbins and whose book The Science of Getting Rich was the inspiration for Rhonda Byrne's bestselling book and film The Secret.

This month's quote from Wallace D. Wattles best-seller, The Science of Getting Rich is:

"By thought, the thing you want is brought to you; by action you receive it."
- Wallace D. Wattles, 1910