This new year continues with making old things new again. One of our books,  Everything You Need to Know about TM (Paraview Special Editions, 2004) by John White has received positive feedback from its readers for years, for example:

"This little book is the best book on Transcendental Meditation (TM) have ever read."
- Jusuf Hariman on Amazon

"This book is unique in that unlike most books telling readers how great TM is, White gives the pros and cons of TM from every view point."
- Andrew Ling on Amazon.

We at Cosimo felt this book of perennial value deserved a refreshed cover and we are excited to show this new cover to you, our old and new readers. We believe this cover reflects the appealing character of this book in line with this second decade of the 21st century and we hope you like it. Let us know what you think of this new cover.

Transcendental Meditation (TM) --- extremely popular in the 1970s and '80s --- continues to be one of the most accessible forms of Eastern spiritual practice in the West. However, while TM has many supporters, it is often subject to criticism and skepticism. In this book, consciousness researcher, John White takes on both critics and cheerleaders to give a full evaluation of this practice. Offering explanations for all elements of Transcendental Meditation, a glossary of TM terms, and a "how-to" lesson for those interested in trying it themselves, White gives the ultimate assessment.

About the Author:
John White, M.A.T. is an internationally-known author and educator in the fields of consciousness research and higher human development. He was Director of Education for the Institute of Noetic Sciences, a research organization dedicated to studying human potential for personal and planetary transformation. He is the author of The Meeting of Science and Spirit; A Practical Guide to Death and Dying; American, Freedom and Enlightenment; and a children's book, The Christmas Mice. His writing has appeared in The New York Times, The Wall Street Journal, Reader's Digest, Omni, Esquire, and Woman's Day. Visit John White at americanspiritpress.com.

Cosimo is proud to offer this title in paperback at leading online bookstores including Barnes & Noble and Amazon and in eBook at Kindle, Kobo, and Nook.

January Series of the Month: The Phenomenology of Mind by G.W.E Hegel 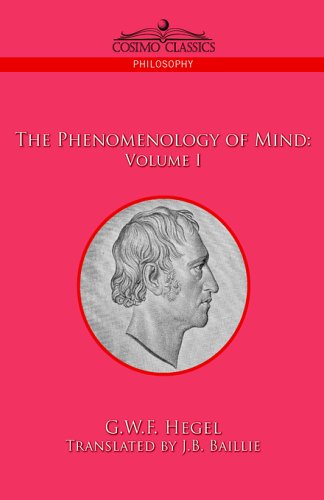 January always marks the beginning of many individuals' positive changes. In hopes of assisting those who are embarking on a life-enhancing transition, Cosimo is thrilled to present The Phenomenology of Mind by G.W.E Hegel as its January Series of the Month.


Originally published in German in 1807, Phenomenology of Mind is Georg Willhelm Fredrich Hegel's most influential and discussed philosophical work. It is within these pages that Hegel developed his concepts for master-slave dialectic, absolute idealism, ethical life, and Aufhebung. This thought-provoking book has had a deep impact on western civilization and has been seen as an influence on the development of existentialism, communism, fascism, death of God theology, and historicist nihilism.


About the Author:
German philosopher Georg Wilhelm Friedrich Hegel (1770-1831) was born in Stuttgart and studied at Tübingen, where his contemporaries included Schelling and the poet Hölderlin.  As a philosophical disciple of Kant, Hegel was of the Idealist School of philosophers and remained an unparalleled influence on German philosophy throughout the 19th century. Additional works by Hegel include: The Objective Logic (1812-13), The Subjective Logic (1816), Encyclopedia of the Philosophical Sciences in Outline (1817), and Philosophy of Right (1821).


Cosimo offers this series by individual volume at leading online bookstores or as a full two-volume set in hardcover. If you are interested in purchasing the full set, please contact us.

The hardcover retail list price for this series is: $67.98, but now our price is: $54.99 (you save $12.99 or a 20 percent discount)
Posted by Cosimo, Inc. No comments:
Email ThisBlogThis!Share to TwitterShare to FacebookShare to Pinterest
Labels: 1807, dialectic, G.W.F. Hegel, idealism, philosophy, Series of the Month, the phenomenology of mind

In the spirit and new beginnings, Cosimo is proud to present Hatha Yoga: Or, the Yogi Philosophy of Physical Well-Being by Yogi Ramachaka as our first Classic of the Month for 2015. 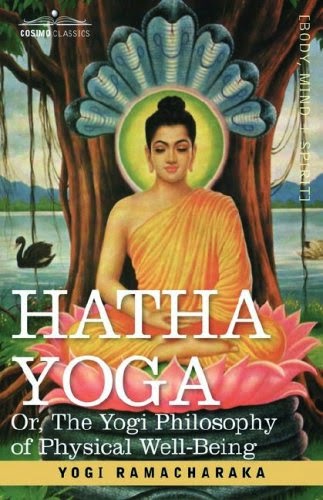 Followers of the early-20th-century "New Age" philosophy of New Thought believed they could learn the secrets of mind over matter, and one of their most influential teachers (enormously popular writer and editor William Walker Atkinson, writing under the pseudonym Ramacharaka), revealed to them, in this 1904 work, the teachings of Hatha Yoga.

His lessons cover how what we eat impacts the "life fluid" of the blood, the yogi's approach to food and eating, mastering yogi breathing, rules for relaxation, and much, much more.

While this book is useful all year round, it is especially relevant this month in a time of resolution making for those interested in healthier minds and bodies.
About the Author
American writer William Walker Atkinson (1862-1932) was the editor of the popular magazine New Thought from 1901 to 1905, and editor of the journal Advanced Thought from 1916 to 1919. He authored dozens of New Thought books under numerous pseudonyms, some of which are likely still unknown today, including "Yogi Ramacharaka" and "Theron Q. Dumont." Other titles available from Cosimo are Yogi Ramacharaka's Series of Lessons in Gnani Yoga and Series of Lessons in Raja Yoga, plus many more.

January Book of the Month: Mystic Journey by Robert Atkinson 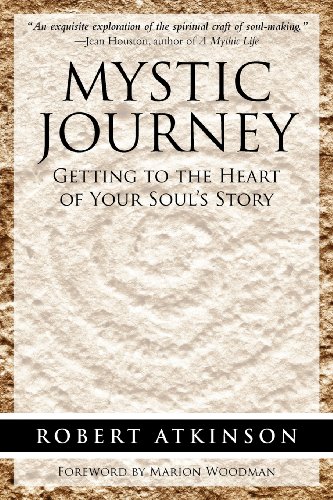 For many, a new year symbolizes a new start, a new journey, or a hopeful beginning. It's what inspires us to make change---to finally begin, or do, what we have always hoped to. In excitement of the new year, and in anticipation of a new beginning, Cosimo is proud to present Mystic Journey by Robert Atkinson as our Book of the Month.

Cosimo is proud to offer this title in both paperback and eBook at leading online bookstores including Barnes & Noble and Amazon (Kindle, paperback).

Our Book of the Month author, Robert Atkinson recently shared a thoughtful commentary on the transformation process and resolutions on his blog. In the spirit of the new year and new beginnings, Cosimo would like to highlight his reflections from the post.

"Even if we are not aware of this truth that we are living, as it might be especially difficult to do so when we are right in the midst of a struggle or conflict actually meant to lead us to and trough our own transformation, it is precisely this kind of challenge or “muddle” that is needed to show us the necessity of the difficulty. This is how we are led to a “resolution” and the completion of the transformation process." (To read the post in its entirety, please visit Robert's blog, Reflections for the Journey.)


Be sure to check out Robert's newest creation: StoryCommons, where life stories are recorded locally and shared globally. StoryCommons grew out of the Center for the Study of Lives, founded in 1988 by Robert as a research, educational, and service unit of the University of Southern Maine, and was founded in 2014.

About Robert Atkinson
Robert Atkinson, Ph.D., an internationally recognized authority in helping people tell their life stories, is an author of eight books, professor of human development and religious studies, and director of the Life Story Center at the University of Southern Maine. Find out more about Atkinson, his books, or to read his blog, please visit www.RobertAtkinson.net. Cosimo is proud to publish Mystic Journey: Getting to the Heart of Your Soul's Story , a 2013 winner of the Bronze Living Now Book Award by Robert Atkinson.
Posted by Cosimo, Inc. No comments:
Email ThisBlogThis!Share to TwitterShare to FacebookShare to Pinterest
Labels: 2015, Book of the Month, Mystic Journey, New Year, Reflections for the Journey, Robert Atkinson, StoryCommons, University of Southern Maine

Bringing in the New Year with Barbara Biziou

As 2015 begins and January resolutions and new beginnings abound, author Barbara Biziou writes on MindBodyGreen a few easy rituals for everyone to follow as well as how and why these rituals will inspire and encourage you to have a fantastic new year.

In "12 Spiritually Uplifting Rituals To Try," Barbara details a few simple ways to bring playfulness and gratitude into your life. Ideas include creating an inspiration tree, taking time for yourself, and taking a digital detox.

In "12 Rituals To Do In 12 Days To Guarantee 12 Months Of Love & Prosperity," the author explains the importance of the first 12 days of January and how to give thoughtful attention to each day to symbolize the coming year.

Click on the above video to watch Barbara discus rituals to bring prosperity and love in 2015. 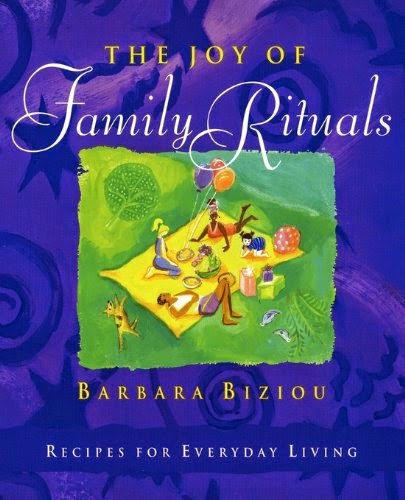 
Barbara Biziou is an interfaith minister, motivational speaker, and a life-strategy coach. She is the author of The Joy of Ritual and The Joy of Family Rituals, as well as a Huffington Post blogger, executive consultant, dynamic public speaker, and national TV personality.
Posted by Cosimo, Inc. No comments:
Email ThisBlogThis!Share to TwitterShare to FacebookShare to Pinterest
Labels: 2015, Barbara Biziou, Mind & Spirit, MindBodyGreen, New Year, resolutions, ritual, The Joy of Family Ritual, The Joy of Ritual

“Rituals for the New Year” with Barbara Biziou

Join author Barbara Biziou at her first event of 2015, “Rituals for the New Year” at The Open Center.

"Rituals can be wonderful tools to help us release old patterns and limiting thoughts and move into the future with clarity and lightness. January is an auspicious time to use the focused power of ritual to align our minds, hearts and actions, and release the blocks and barriers that prevent us from manifesting our goals. 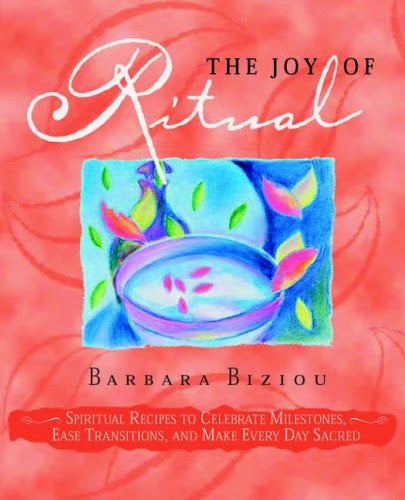 Barbara Biziou is an interfaith minister, motivational speaker, and a life-strategy coach. She is the author of The Joy of Ritual and The Joy of Family Rituals, as well as a Huffington Post blogger, executive consultant, dynamic public speaker, and national TV personality. Biziou has a deep commitment to integrating practical spirituality into people's lives, both personally and professionally. She is a frequent guest on radio and television and has appeared in the New York Times, Body and Soul, Harper's Bazaar and Parent's Magazine.