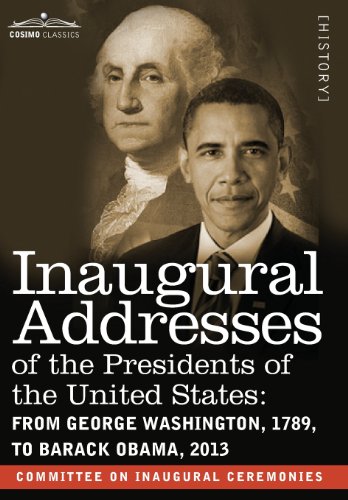 Cosimo's November classic of the month explores the depths of history. Through times of peace, prosperity, war, and uproar, inaugural addresses have shed light onto points of tranquility, while spreading hope onto periods of transition and fear. It is within this book, Inaugural Addresses of the United States by The Committee of Inaugural Ceremonies, that has captured the speeches of each of the nation's new and continued leaders. From George Washington in 1789 to Barack Obama in 2013, inaugural addresses have been their first voiced words as a leader, setting the stage for their work to follow. Now that the U.S. mid-term elections are behind us, it would behoove many of us to re-read these inaugural addresses and compare the Presidents' visions with daily reality.

The Joint Congressional Committee of Inaugural Ceremonies (JCCIC) coordinates the Inaugural swearing-in ceremony of the President and Vice President of the United States, the traditional Inaugural luncheon that follows, and all other Inaugural activities at the U.S. Capitol. It is comprised of the Senate Majority Leader, the Chairman and Ranking Member of the Senate Committee on Rules and Administration, the Speaker of the House of Representatives, and the Majority and Minority Leaders of the House of Representatives.


This collection of historical documents is a must-read for any historian, an excellent reference tool for librarians and students, and an educational informant for all. Cosimo is proud to offer this title in both paperback and hardcover at leading online bookstores including Barnes & Noble (hardcover, paperback) and Amazon (hardcover, paperback).

November Series of the Month: Beacon Lights of History 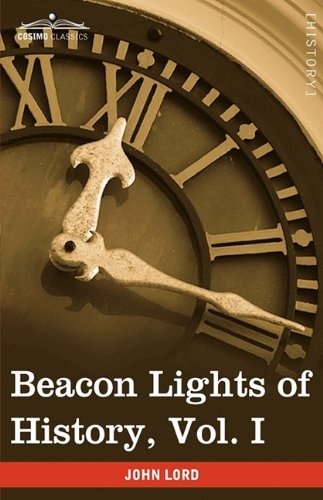 This November, Cosimo announces Beacon Lights of History by John Lord as it Series of the Month. First published in 1902, this cherished series contains a collection of John Lord's, an American historian, lectures. Covering a time span of 6,000 years of European and American history, Lord's lectures cover history from the old Pagan civilizations to Lord's modern time period. This replica edition features all of the original illustrations and is bound to excite reader's of history and lovers of classic literature.

John Lord was born in Portsmouth, New Hampshire. He attended Dartmouth, graduated in 1833, and then pursued his studies at Andover Theological Society. During his second year, he curated a series of lectures on the Dark Ages, which he delivered the following Fall during a tour through northern New York. Following graduation, he became an agent for the American Peace Society, and then was later called to a church at New Marlboro, MA and then one in Stockbridge, MA. However, soon John Lord had other ventures he wanted to explore, and in 1840 he gave up his pastoral studies to become a public lecturer. He then went on to write a total of six works.

Cosimo offers this series by individual volume at leading online bookstores or as a full 15-volume set in hardcover or paperback. These titles are especially of interest to historians, collectors, and professional librarians. However, this exceptional collection is one that must be read by all. If you are interested in purchasing the full set, please contact us.

Posted by Cosimo, Inc. No comments:
Email ThisBlogThis!Share to TwitterShare to FacebookShare to Pinterest
Labels: 1902, Beacon Lights of History, History, John Lord, Series of the Month

November Book of the Month: Trauma Room One

This month, Cosimo is thrilled to present Trauma Room One The JFK Medical Coverup Exposed---originally published by Paraview Press---by Charles A. Crenshaw with a Foreword by Oliver Stone, as its Book of the Month. In this gripping account, Dr. Charles Crenshaw, one of the several Dallas surgeons who worked on JFK in Trauma Room One, shares what really happened within those walls. 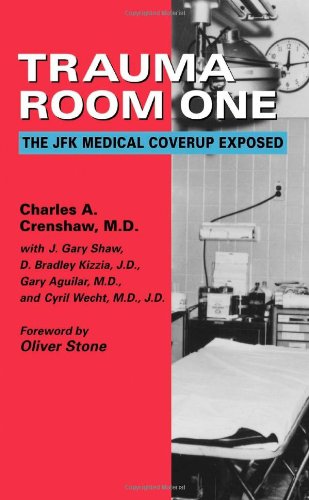 Cosimo offers this title in both hardcover and paperback at leading online bookstores including Barnes & Noble and Amazon. 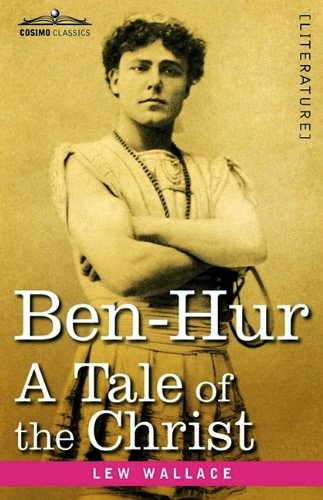 More than fifty years since its last adaption, Ben-Hur has been scheduled to be remade once again. The film, which is expected to be released on February 19th, 2016 in the UK and February 26th in the US, will star Boardwalk Empire actor Jack Huston alongside legendary Morgan Freeman.

Once the best-selling and most widely read American novel by Lew Wallace, and the first work of fiction to be blessed by the Pope, Ben-Hur has given rise to numerous stage and film adaptions since its creation. Ben-Hur: A Tale of the Christ chronicles the journey of Judah Ben-Hur and the life of Jesus, from Ben-Hur's quest for vengeance against the Romans and his search for his imprisoned family to the birth of Jesus in the manger and the Crucifixion. Cleverly connecting two story-lines to create both an exciting tale of adventure---with shipwrecks, chariot races, and duels---and a compelling story of love and spiritual growth, Ben-Hur has continued to engage readers and entertain audiences for more than a century.