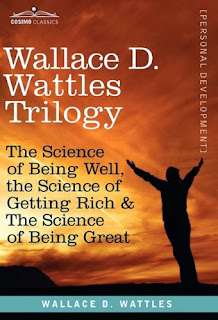 These books prescribe an exact method for readers to accomplish three basic goals that will make any person happy, applying principles of metaphysics and New Thought to overcome human error.

Each book focuses on a subject — wealth, health, and power — and applies an exact science that will allow anyone to achieve their goal by following some basic steps in a specific order, in a "Certain Way." Sacrificing explanations of philosophy for brevity, Wattles provides readers a stripped-down guide on shaping the universe to their benefit through the power of positive thinking.


We are pleased to offer the Wallace D. Wattles Trilogy in both a practical paperback and attractive hardcover. 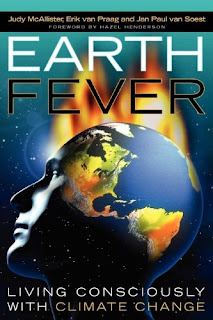 Earth Day is Saturday, April 22, and because of this great day, we at Cosimo would like to highlight Earth Fever: Living Consciously with Climate Change by Judy McAllister, Erik Van Praag, and Jan Paul van Soest as our eBook of the month.

The human species is in a rather precarious situation. Poverty, the energy and financial crises, and above all the challenge of climate change (not to mention the rollback of major policies affecting the environment) mean that our civilization has come to a dangerous edge.

Our safety nets — on both collective and individual levels — have been removed. Can we create a future that allows for a dignified society and a peaceful world? With a change of consciousness and a new spirituality, we may.  The authors of this fascinating book bring to bear their diverse experience in the fields of sustainability, leadership, and entrepreneurialism on the challenge of building a radically different belief system about life such an endeavor will require.

Along with the wisdom of international opinion leaders — including management consultant Peter Senge; Jeroen van der Veer, the former CEO of Royal Dutch Shell; cultural creative Paul Ray; Herman Wijffels, former governor at the World Bank; Princess Irene of the Netherlands, and others — Earth Fever delves into what is needed to bring about this essential new way of thinking.

Wether you are paying the government some overdue taxes or are anxiously awaiting your refund, we at Cosimo are celebrating Tax Day with some awesome classics about that little bit of green that is so important to us. Read these books and learn more on how to manage your money.

On the Origin of Money by Carl Menger

On the Origins of Money is a discussion of the history of money and currency, from its crudest form as cowrie shells, animal pelts, and salt in early societies to the coin and paper money we use today. Rather than focusing on the type or shape of the money, author and economist Carl Menger looks at the reasons behind monetary exchange and why money is so valuable (or where it gets its inherent value). His argument centers on the "saleableness" of the goods or commodities being sold-in other words, the more "saleable" (or valuable or in demand) an item is, the more money it is worth. Hence, money gets its value from the objects it pays for. This short work is an insightful look into the history and value of money for any student or professional economist.

The Purchasing Power of Money by Irving Fisher

Perhaps America's first celebrated economist, Irving Fisher — for whom the Fisher equation, the Fisher hypothesis, and the Fisher separation theorem are named — staked an early claim to fame with his revival, in this 1912 book, of the "quantity theory of money." An important work of 20th-century economics, this work explores: the circulation of money against goods, the various circulating media, the mystery of circulating credit, how a rise in prices generates a further rise, influence of foreign trade on the quantity of money, the problem of monetary reform, and much more.

The ABC of Money by Benjamin Franklin

From the days of farmer's bartering for bushels of corn to establishing the concept of credit, this practical guide gets at the root of the subject of money: why it exists and, more importantly, what money really is. The ABC of Money is an undiscovered gem offering a wealth of knowledge and Carnegie's shrewd philosophies on the subject — a fascinating look at the history of "debased coin" and "greenbacks," and the value of currency from one of the great American industrialists.

Do your job a little better than expected. Learn all you can from those above you. Waste no time on little things. Back yourself to win. The business advice in this handy little book, first published in 1926, are the bricks that build solid foundations for success, but they're ones that far too many who strive for success forget along the way. Casson, a business journalist, knows wherefrom he speaks: he met and interviewed many of the biggest successes of the early 20th century, and the knowledge and wisdom he gleaned from those meetings is still pertinent today.

For more books on money, history of currency, wealth, and government reports, be sure to check out our economics page on cosimobooks.com

April Series of the Month: Encyclopedia of Religions 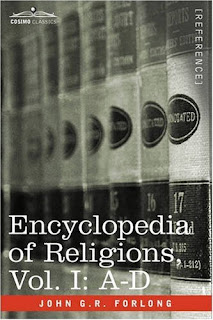 In honor of Easter and Passover this month, we are happy to announce Encyclopedia of Religions by John G. R. Forlong as our April Series of the Month.

This 1906 classic three volume set of comparative literature, hard to find in print today, was the first English-language project to approach the world's religions from an anthropological perspective. This work of thirty years for Scottish author John G. R. Forlong, was originally published under the now-antiquated title A Cyclopedia of Religions and produced at the author's own expense, so strongly did he feel about the need for it despite the reluctance of the publishing houses of the day to produce it. A road engineer by trade, Forlong traveled the world, learning seven languages and becoming an avid amateur student of native culture-his labor of love was gathering, in this set, a comprehensive, academic knowledge of the totality of human religious belief.

About the Author
John G. R. Forlong (1824-1904),  a road engineer by trade, Forlong traveled the world, learning seven languages and becoming an avid amateur student of native culture-his labor of love was gathering, in this three-volume set, a comprehensive, academic knowledge of the totality of human religious belief.


Cosimo offers this series by individual volume at leading online bookstores or as a full two-volume set in paperback or hardcover. If you are interested in purchasing the full set, please contact us.

April Book of the Month: Natural Power by Rock Brynner 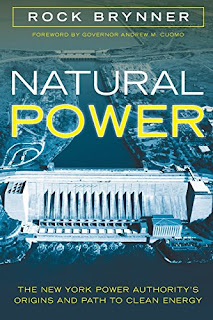 Due to its historic and current importance, we are once again nominating Natural Power by Rock Brynner as our April Book of the Month.

The Power Authority made its debut in Natural Power recently here at Cosimo, but is back in the headlines with the National Geographic documentary Edison vs Tesla, which documents some of the history of natural power in New York. Also, with Governor Andrew Cuomo's recent speech on the State of the State (of New York) where he stressed the importance of renewable energy as well as the goal of 50 percent of New York's electricity come from renewable energy sources by 2030. And not to mention April is when Earth Day is celebrated, and the first ever March for Science!

About the Author
Rock Brynner is a writer and historian who lives in Pawling, New York. He earned an M.A. in Philosophy at Trinity College, Dublin, and a Ph.D. in U.S. History at Columbia University and has taught US history at Marist College and Western Connecticut State University. This is his tenth book.