Today marks the day that hundred years ago, over 1.5 million Armenians were killed by the Ottoman Empire. According to most historians this was a genocide, i.e. the systematic destruction of all or a significant part of a racial, ethnic, religious or national group - according to Wikipedia, which lists as examples of genocides, the Holocaust, the Rwandan and Bosnian Genocides, and the Armenian Genocide.  Turkey, however, does not want to call this tragic episode a genocide.

What do eyewitnesses say? The Washington Post's article "Is this genocide? What four Americans saw happening to Armenians 100 years ago"  presents quotes from a recent book Great Catastrophe: Armenians and Turks in the Shadow of Genocide by Thomas de Waal, an expert on the South Caucasus region.  One quote is from then U.S. Ambassador to the Ottoman Empire, Henry Morgenthau in a cable sent to Secretary of State Robert Lansing on July 10, 1915:

"Persecution of Armenians assuming unprecedented proportions. Reports from widely scattered districts indicate systematic attempts to uproot peaceful Armenian populations and through arbitrary arrests, terrible tortures, wholesale expulsions and deportations from one end of the Empire to the other accompanied by frequent instances of rape, pillage, and murder, turning into massacre, to bring destruction and destitution on them. These measures are not in response to popular or fanatical demand but are purely arbitrary and directed from Constantinople in the name of military necessity, often in districts where no military operations are likely to take place."


Morgenthau went on, explaining the shocking reasons behind the violence:


"The Moslim and Armenian populations have been living in harmony but because Armenian volunteers, many of them Russian subjects, have joined the Russian army in Caucasus and because some have been implicated in armed revolutionary movements and others have been helpful to Russians in their invasion... terrible vengeance is being taken. Most of the sufferers are innocent and loyal to the Ottoman government."


It is this same Henry Morgenthau Sr, who wrote his autobiography in 1918 - reprinted by Cosimo Classics under the title Ambassador Morgenthau's Story: A Personal Account of the Armenian Genocide   In this book he states on p.309:


"The real purpose of the deportation was robbery and destruction; it really represented a new method of massacre. When the Turkish authorities gave the orders for these deportations, they were merely giving the death warrant to a whole race; they understood this well, and, in their conversations with me, they made no particular attempt to conceal the fact."

Not only historians and eyewitnesses believe that a genocide took place. By now twenty-four countries have recognized it as "genocide", including countries such as Russia, France, Switzerland, the Netherlands, and recently Austria and the European Parliament,  Still, the Turkish government maintains that it wasn't genocide and it is even illegal in Turkey to discuss what happened to the Armenians during that era. As further evidence this contentious issue is not close to any resolution, was the response by the Turkish government when Pope Francis described  the atrocities against the Armenians  "as the first genocide of the 20th century." Turkey then recalled its own ambassador to the Holy See.

In the U.S., foreign policy interests, i.e. the relationship with Turkey color its approach. On the one hand, forty-three states of the U.S. have recognized the events as genocide, on the other hand President Obama, who made statements to the contrary as a senator and as a Presidential campaigner, will not use the word "genocide" in today's commemorations of this anniversary.  While future historians will show which political leaders and religious leaders were on the right side of this issue, our readers should make up their own mind by doing their homework and read historic witness accounts such as those of Henry Morgenthau's or of current experts such as Thomas de Waal. See also the following articles:


and, again,  read Ambassador Morgenthau's Story available from Cosimo in paperback and hardcover: 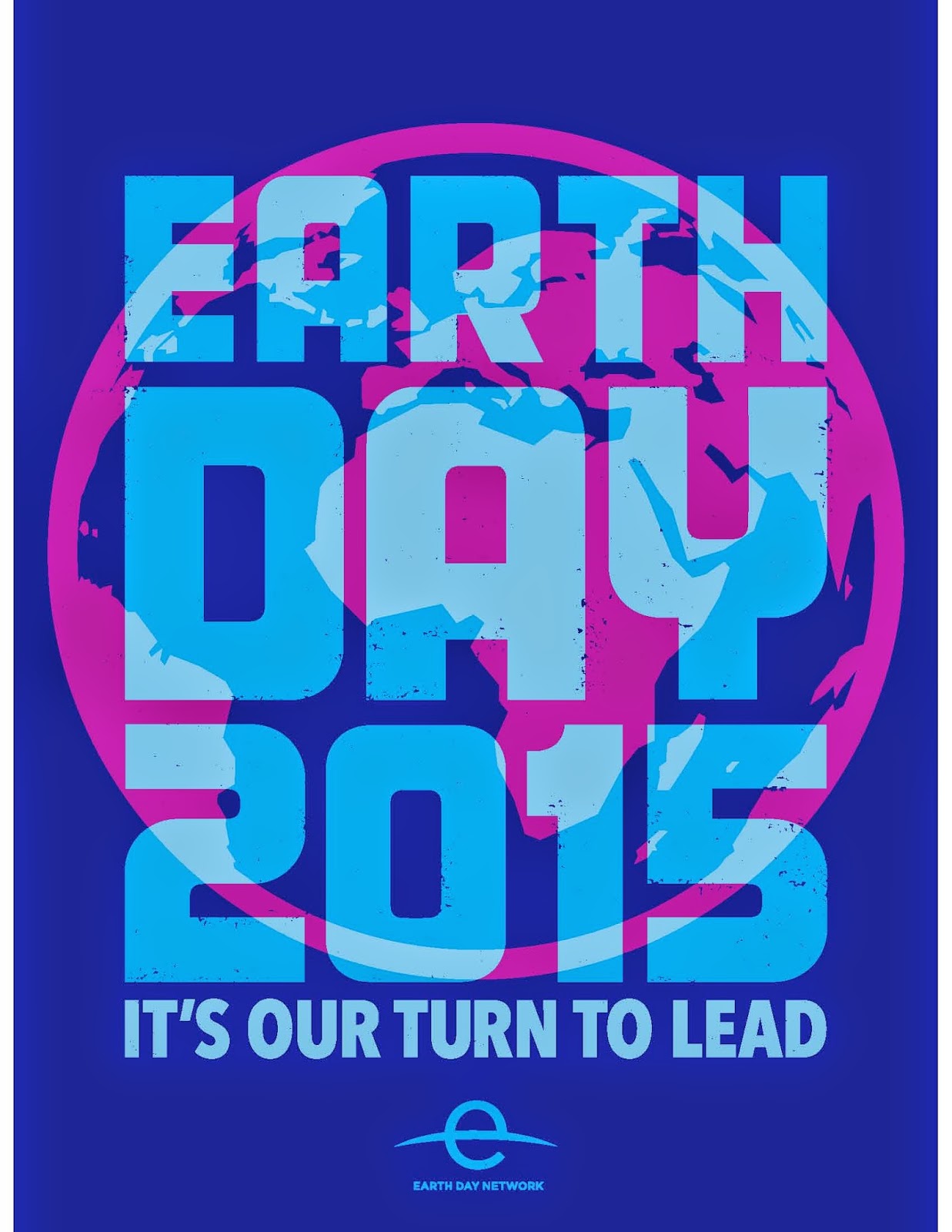 With spring officially here, the trees growing greener, the flowers starting to bloom, and the weather starting to warm up, it is once again time for Earth Day!

The purpose of Earth Day is to bring awareness to the environmental issues that continue to have an impact on the health of our Earth.  Climate change, sustainability,  living green, waste production (and not to mention the water shortages and restrictions currently happening in California), are all things to think about tomorrow, April 22.

Visit the Earth Day website for more information on how you can get involved, donate, spread the word, or find a group of local Earth Day lovers at an event near you.

2015 marks the 45th anniversary of Earth Day, so in celebration, we at Cosimo would like to highlight all of our Earth related books.

Civilization and the Transformation of Power by Jim Garrison

The human species is in a rather precarious situation. Poverty, the energy and financial crises, and above all the challenge of climate change mean that our civilization has come to a dangerous edge. Our safety nets-on both collective and individual levels-have been removed. Can we create a future that allows for a dignified society and a peaceful world? With a change of consciousness and a new spirituality, we may.

As Earth Day brings awareness to the environmental issues facing us all, so does the Fanack

organization bring us awareness about one of the biggest environmental issues being faced in the Middle East: the scarcity of water. "Fanack Water Files: Water Challenges and Solutions in Jordan, with a Special Report on the Red Sea-Dead Sea Project" is the first publication of the Fanack Water Files. It deals in depth with the water situation in Jordan, a critical country in the region bordering Iraq, Saudi Arabia, Syria, and Israel. For more information about Fanack and water, see also here. 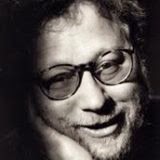 It's with deep sadness that I have to announce that Danny Schechter, journalist, filmmaker, television producer, Cosimo author and friend died on March 19, 2015 after a battle with cancer.

Danny Schechter was a unique personality, in person and professionally. His media background started in the 1970s on the radio as "The News Dissector" at WBCN-FM in Boston, where he informed his listeners about the news infused with his typical sense of humor. In 1980, he joined CNN, the cable news network that just had been founded by Ted Turner, and later on he was a producer with the ABC News magazine 20/20, where he won two Emmy Awards. Independent-minded as he was, in 1988 he co-founded the production company Global Vision together with Rory O'Connor, where they produced many documentaries, including "South Africa Now", an award winning public television series.

Danny's passion always was on the crossroads of media and human rights: he reported on how the mass media informed or rather misinformed on many topics. He had maintained that the media were critical to a well-run democracy, but over the years realized that the media were no longer a solution to the problems in the world, but part of the problem. Danny also covered some of the major issues of our times: from the struggle against apartheid in South Africa and the civil war in Bosnia, to civil rights in the U.S., the debt crisis in this century with his film "In Debt We Trust: America before the Bubble Burst" and the Occupy Wall Street movement.

Danny Schechter was not only a radio host and filmmaker, but also an active blogger and author of 17 books. Among his books, he released the following with Cosimo: Plunder, Investigating our Economic Calamity and the Subprime Scandal, which was released in September, 2008 and was one of the first books describing the financial crisis that had just started to destroy jobs and the economy in the U.S. and Europe. His other books include, Blogothon: Reflections and Revelation from the News Dissector; and Occupy: Dissecting Occupy Wall Street. He wrote introductions to the classic The History of the Standard Oil Company by muckraker Ida Tarbell and to the U,S. government's The Financial Crisis Inquiry Report. Danny last book When South Africa Called, We Answered - How the Media and International Solidarity Helped Topple Apartheid was released in February on the same day, when he celebrated his 're-birthday", an event I was honored to be present at and when I had hoped that he had recovered from his serious illness.

I met Danny early this century during a conference, where I was impressed with his freshness of views on the media landscape in the U.S., and when he criticized the news media had become entertainment rather than information gathering entities. To me what made Danny so credible in his media criticism was that he had seen it all as an insider of the corporate media, and as an independent media pioneer. In 2004, I interviewed Danny in The Media: Weapons of Mass Deception. Re-reading that interview today shows both how visionary Danny was in his views on the state of the media and the state of democracy and also how eleven years later, things have hardly improved, to the contrary.

Danny Schechter was unique and nearly peerless, in that he bridged the experience of corporate and independent media. He combined his experience of a professional journalist with the passion and rebelliousness of an activist. He also bridged the era of when the networks were still all-important, which he understood so well, to the current times of new and social media, which he embraced wholeheartedly. This unique combination is rare among other leading journalists, and for that alone he will be sorely missed. On a more personal note, Danny lived in Chelsea, around the corner of our Cosimo office, and over the years I frequently met him for lunch or for a drink at the end of the day. We discussed the latest news and how mainstream media again failed to inform their audiences on what happened and why did it happen. We at Cosimo will miss Danny's writings and personal engagement with his publishing projects, and I personally will miss our conversations and his insights. He had so many ideas and observations: he died too soon.