The Presidential Origins of Thanksgiving

When we think of Thanksgiving we often think of the pilgrims, cornucopias, turkeys, and pumpkin pie. Days of Thanks are celebrated in many nations throughout the world, including Canada (on the second Monday in October), Grenada (October 25th), and Liberia (November 1st). 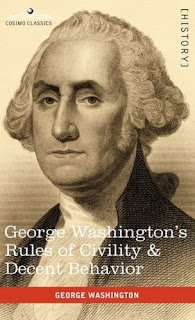 The roots of these holidays are varying, but the heart of the day remains thankfulness for health and prosperity. In Grenada, Thanksgiving Day is a reminder of a bloody battle and political upheaval. After a coup led to the assassination of Grenada's Prime Minister, Maurice Bishop, American troops joined troops from Jamaica, Barbados, and the eastern Caribbean to intervene and restore order.

Here in the States, of course, Thanksgiving's roots are usually traced to a harvest feast in Plymouth, Massachusetts in 1621. English emigres to the States brought with them a tradition of Thanksgiving feasts which carried on through the years and even transformed into larger Harvest Festivals.

Most Americans associate Thanksgiving with the pilgrims and Puritans of Plymouth, Massachusetts, but few realize what a significant impact the American Presidency has had on the holiday. Indeed, some of our nation's most celebrated president's have made Thanksgiving what it is today. In 1789, Congress passed a resolution regarding Thanksgiving, asking President George Washington to mark one day that year as a


"day of public thanksgiving and prayer, to be observed by acknowledging with grateful hearts the many and signal favors of Almighty God, especially by affording them an opportunity peaceably to establish a form of government for their safety and happiness." 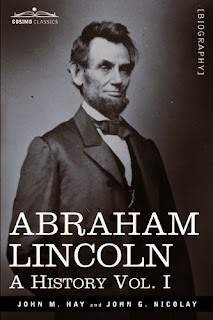 For Washington, Thanksgiving was clearly a day in which people thanked and celebrated God, and not each other, for the blessings in their lives. It was also a day to remember America's troubled history and the unifying force of its new government. In his Thanksgiving Proclamation, Washington thanked God for protecting the American people before and during the Revolutionary War, and for "render[ing] our National Government a blessing to all the people by constantly being a Government of wise, just, and constitutional laws...". Like the Pilgrims, Washington viewed Thanksgiving as a religious holiday, but his religious praise was steeped in political rhetoric and the language of a man leading a young nation.

Seventy-four years later, President Abraham Lincoln would establish the holiday we all know today, a yearly national holiday held on the last Thursday of November. Like Washington, Lincoln viewed Thanksgiving as a day to praise God for his many blessings in a time troubled by war. In his Proclamation of Thanksgiving, issued October 3, 1863, Lincoln thanked God for his "gracious gifts" of law and order, peace among nations, growing and continued industry, population growth, and an American people


"rejoicing in the consciousness of augmented strength and vigor...permitted to expect continuance of years with large increase of freedom."

In other words, though the nation was as yet embroiled in a divisive and bloody war, God and the coming years held the promise of peace and prosperity. Lincoln asked the American people to thank and praise God for his blessings while remembering to "commend to His tender care" those harmed--directly or indirectly--by the Civil War.

President Franklin Delano Roosevelt would later (briefly) move Thanksgiving to the third Thursday of the month, reasoning that this move would boost sales (and the economy) by providing stores a few extra days between the Thanksgiving and Christmas holidays in which to conduct business. This change was short-lived, however, as it proved unpopular with a nation used to its tradition and unhappy with an economically-based change to its beloved holiday. Roosevelt would restore the holiday to its traditional date in 1941.

Decades later, Thanksgiving is still celebrated on the fourth Thursday of November. Though for many it has lost its religious connotations, it remains for all a day of grateful appreciation for the blessings we've received throughout the year.