Series of the Month: A Library of the World's Best Literature 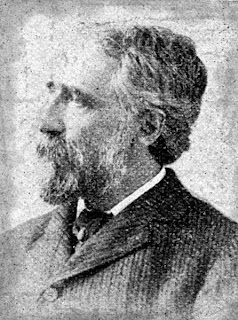 This month we like to highlight a unique series of world literature, A Library of the World’s Best Literature edited by Charles Dudley Warner.

Mark Twain was a pallbearer at his funeral, yet Charles Dudley Warner is a name largely forgotten by the literary world. An editor, journalist, and essayist, Warner was a Renaissance man who also worked at times as a lawyer, a farmer, and critic. He wrote nine travel books, published numerous essays on social and literary reform, and most famously co-wrote The Gilded Age with Twain. The co-written novel satirized the greed and political corruption present in post-Civil War America.

Many years later, while his friend Twain was traveling around the world for a lecture tour, Warner published a series known as A Library of the World’s Best Literature. With the help of an “Advisory Council” comprised mainly of professors and Deans of U.S. Universities, Warner collected and edited this 45-volume set of Classic and Modern world literature. This series would later include a comprehensive “literary dictionary”—a reference that provided the names and descriptions of authors referenced in the series, as well as suggestions of other enriching authors not included but still “representative of literary history.” As Warner stated in the Preface to this series, the collection’s goal was:

“to encourage, stimulate, and assist the general reader, not only in the acquisition of knowledge and the widening of his mental horizon, but in the rational enjoyment of life.”

A Library of the World's Best Literature includes poetry, short stories, letters, and novel excerpts, with essays about the author or the subject of the text. There are also sections that discuss a series of works grouped by subject matter, era, or nationality. The collection lives up to its ‘worldy’ description, including everything from the work of his friend, Mark Twain, to Chronologies that detail the great authors of Polish, Swedish, German, and Swiss literature, to name a few. It’s a truly comprehensive series of World literature, covering centuries of great writing, and a helpful introduction to the breadth of literature available to interested readers.

Charles Dudley Warner was a literary figure in his own right, and it's a shame that his contributions are eclipsed by those of his friend. Today Twain is often credited with the famous quote "Everybody talks about the weather, but nobody does anything about it," while it is argued that Warner himself coined the phrase. (For a compelling examination of the quote's origin, click here).

February being Black History Month, we also like to celebrate Harriet Beecher Stowe, who wrote Uncle Tom's Cabin (excerpts of which can be found in Vol.XXXV of this series). Arguably one of the most widely known and popularly read books about American slavery, it became the bestselling novel of the 19th century. With its first publication in 1852, Uncle Tom's Cabin, and with it, Stowe, helped to ignite the social flames that led to Civil War less than a decade later.

Cosimo offers Warner's impressive series by individual volume at various online bookstores or as a full set in hardcover or paperback, especially of interest to collectors, readers who like to expand their personal library or professional librarians. If you are interested in purchasing the full set, please contact us.

Cosimo also offers Warner's In the Wilderness, Baddeck and That Sort of Thing, and On Horseback: A Tour in Virginia, North Carolina and Tennessee.