A recently published column in The New York Times entitled "Why We Fight Wars" by economic columnist Paul Krugman, refers to the 1910 Cosimo Classic, The Great Illusion. 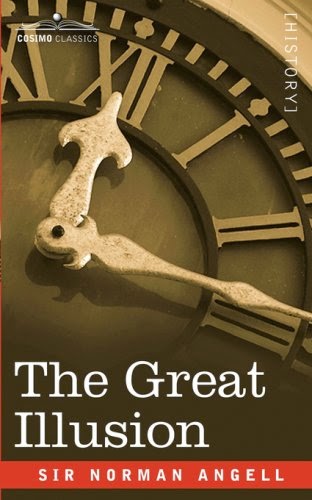 Krugman states: "A century has passed since the start of World War I, which many people at the time declared was 'the war to end all wars.' Unfortunately, wars just kept happening. And with the headlines from Ukraine getting scarier by the day, this seems like a good time to ask why."

The Great Illusion, written by Norman Angell, argued that war destroys any wealth that conquerors may have wanted to obtain, making the whole enterprise pointless. This book was published just shortly before World War I began and obviously Angell's advice was not followed nor taken seriously then. Will Angell's and Krugman's advice be followed now before it is too late?

British journalist and politician Sir Ralph Norman Angell (1872-1967) was an executive for the World Committee against War and Fascism and a member of the executive committee of the League of Nations Union. Knighted in 1931, he was awarded the Nobel Peace Prize in 1933. For more titles on war and peace, please see Angell's other titles, including: Peace Theories and the Balkan War and The Fruits of Victory.