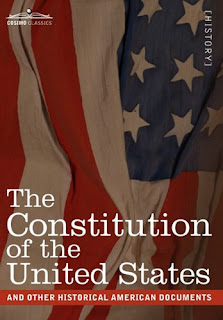 Last week the Democratic National Convention was held in Philadelphia, a city with a history as rich as one can get in the U.S., as one of the nation's capitals in the Revolutionary War and a meeting place for the Founding Fathers of the United States, who signed the Declaration of Independence in 1776 and the Constitution in 1787.


It was in this city that the Constitution again drew attention, after Muslim-American lawyer Khizr Khan, whose son was killed while serving in Iraq, gave a speech criticizing the Republican presidential candidate Donald Trump, accusing Trump of not knowing the Constitution and offering him his own copy of the Constitution to read.

Just within a few days, the Constitution reached the Top 10 best-selling books on Amazon, showing the power of national television - as if most viewers had not heard of the Constitution before.

Cosimo offers this volume in hardcover, paperback and ebook.