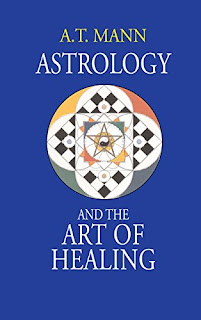 The author of our August Book of the Month Astrology and the Art of Healing, has an upcoming event in the New York area! Cosimo Author A.T. Mann  is curating six summer night dialogues on Astrology, Prophecy and Divination at the Rubin Museum of Art in Manhattan. Each session will focus on a different rich tradition, including Aztec, Mayan, and Indigenous Astrology with Maestro Manuel Rufino, Tuvan Shamanic Divination and Prophecy with ChokBar, Time, Tantra and the Kalachakra with Khenpo Tsewang Dongyal Rinpoche, Intro to Vedic Astrology with Charlotte Benson, and a discussion on the The Future of the Feminine with Schuyler Brown.

To buy tickets or find out more about the event, please visit The Rubin.


About the AuthorA.T. Mann (B. Arch. Cornell) is an architect and worked in New York City and Rome, Italy. He designed a New York City housing project that won a Progressive Architecture magazine Design Award Citation in 1970. He lectured at the Manchester Metropolitan University Architecture School in England, the Danish Design School, and SEDA (Scottish Ecological Design Association). He has taught at the Netherlands Design Institute, the University of Cincinnati Architecture School, the California Institute of Integral Studies in San Francisco, and the National Arts Club in New York. Mann is a member of the Author's Guild, the Forum for Architecture, Culture and Spirituality, and the National Council for Geocosmic Research, where he was a board member. He writes for the very popular tarot.com website.He worked with Mystic Fire Video on the film Kalachakra Tantra Teachings with His Holiness the Dalai Lama. He is a co-founder of Universal Quest, and worked on Spirituality in the Modern World with Ken Wilber and Traleg Rinpoche, and is working on The Quest for Happiness, featuring The Dalai Lama. He is also developing documentary films on his books on the sacred.
Posted by Cosimo, Inc.
Email ThisBlogThis!Share to TwitterShare to FacebookShare to Pinterest
Labels: A. T. Mann, Astrology and the Art of Healing, author event, Book of the Month, Paraview Press, Rubin Museum of Art