September eBook of the Month: Everything You Want to Know about TM 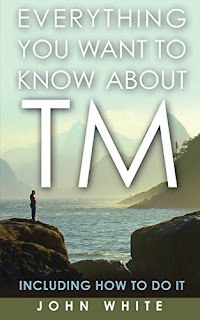 With the beginning of the school year upon us, now may be the best time to use some relaxation techniques or practice mindfulness. Let Cosimo help you on your journey to calmness and meditation with our September eBook of the Month, Everything You Want to Know about TM -- Including How to Do It by John White.

Wildly popular in the 1970s and 80s, Transcendental Meditation (TM) continues to be one of the most accessible forms of Eastern spiritual practice in the West. But does it live up to its hype? In this objective exploration of TM, consciousness researcher John White looks at what's billed as "a simple, natural, and effortless mental technique, practiced twenty minutes a day" and takes on its critics as well as its cheerleaders.

About the Author
John White, M.A.T., is an internationally known author, educator and lecturer in the fields of consciousness research and higher human development. He has held positions as Director of Education for The Institute of Noetic Sciences, a California-based research organization founded by Apollo 14 astronaut Edgar Mitchell to study human potential for personal and planetary transformation, and as President of Alpha Logics, a Connecticut school for self-directed growth in body, mind and spirit. His writing has appeared in magazines and newspapers around the world, including The New York Times, Wall Street Journal, Reader's Digest, Omni, Esquire and Woman's Day, and his books have been translated into ten languages. He holds a bachelor's degree from Dartmouth College and a master of arts degree in teaching from Yale University.


All Cosimo eBooks are available at the following retailers:

Please be advised that the author, John White, has not been licensed or certified by the Maharishi Vedic Education Development Corporation to teach the “Transcendental Meditation ®” or “TM ®” programs. Nor has this book been endorsed or authorized in any way by the Maharishi Vedic Education Development Corporation.
Posted by Cosimo, Inc.
Email ThisBlogThis!Share to TwitterShare to FacebookShare to Pinterest
Labels: back to school, eBook of the Month, Everything You Want to Know About TM, John White, meditation, mindfulness, yogi