September Quote of the Month: Africa is at once the most romantic and the most tragic of continents - W.E.B. Du Bois 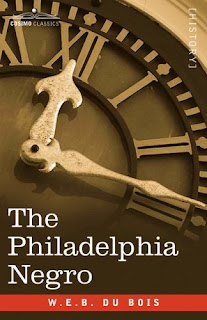 A new month means a new inspirational quote! This September's comes from our Classic of the Month author:

"Africa is at once the most romantic and the most tragic of continents"
- W.E.B. Du Bois, 1915


Originally published in 1899, The Philadelphia Negro is a sociological study of the blacks living in Philadelphia in 1896-7. DuBois was hired by the University of Pennsylvania to conduct the study, under what some believe to be false pretenses. Some suspect that the study was meant, by those funding it, to show how the black community was responsible for a number of problems within the city. The report they received, however, was of quite a different nature.


The Philadelphia Negro was the first sociological study of black urban Americans ever conducted. It detailed their lives, their social structures, their education, their marriages, and their jobs. The study sought to illuminate ways in which philanthropy could help the people living in Philadelphia's Seventh Ward. It did not presume, as many people did at the time, that blacks lived in poor conditions due to an innate weakness in their race. This scholarly work serves as an excellent reference for students of history and sociology.


About the Author
American writer, civil rights activist, and scholar William Edward Burghardt Du Bois (1868-1963) was the first black man to receive a PhD from Harvard University. A cofounder of the NAACP, he wrote a number of important books, including The Negro (1915) and Black Folk, Then and Now (1899).