November Quote of the Month: "I stated that President Kennedy was shot at least once, and Oswald could not have been a 'lone gun-man'." 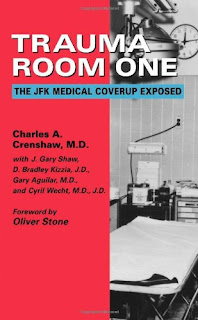 "I stated that President Kennedy was shot at least once, and Oswald could not have been a 'lone gun-man'."
- Charles Crenshaw, 2001

This November, we are presenting Trauma Room One: The JFK Medical Coverup Exposed by Charles A. Crenshaw with a foreword by Oliver Stone, as our Quote of the Month.