August Series of the Month: Abraham Lincoln: A History by John M. Hay 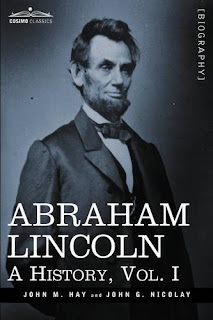 We are showcasing Abraham Lincoln: A History by John M. Hay as our Series of the Month this August in honor of the late President's letter to Joshua Speed opposing slavery (written in August of 1855).


About the Authors
American journalist and statesman John Milton Hay (1838-1905) was only 22 when he became a private secretary to Lincoln. A former member of the Providence literary circle when he attended Brown University in the late 1850s, he may have been the real author of Lincoln's famous "Letter to Mrs. Bixby." After Lincoln's death, Hay later served as editor of the New York Tribune and as U.S. ambassador to the United Kingdom under President William McKinley.