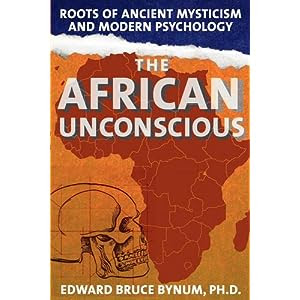 In honor of Black History Month, Cosimo has named The African Unconscious: Roots of Ancient Mysticism and Modern Psychology our February Book of the Month. It was written by award-winning psychologist Edward Bruce Bynum and was originally published over a decade ago. The information and ideas discussed in this book are just as relevant now as they were when the book was first published.

The African Unconscious offers an exciting and captivating narrative about human history based on archaeology, genetics, and the bio-spiritual roots of religion and science. More importantly, Dr. Bynum posits that humans at their deepest core are variations on the African template. This bold, humanistic view offers a radical new vision of our collective unconscious in its daily and historical operations. Dr. Bynum goes beyond traditional “Eastern” and “Western” perspectives and presents a powerful, unifying and healing vision of our deeper shared consciousness and identity as a human species from our earliest days in Africa on to contemporary times.

Edward Bruce Bynum, Ph.D., is a clinical psychologist, Director of the Behavioral Medicine Clinic at the University of Massachusetts Health Services, a Senior Fellow in the Society for Psychophysiology and Biofeedback (BICA), and a Diplomat (ABPP) in the American Psychological Association (APA). Dr. Bynum is the author of numerous books and articles, including five texts in psychology and three poetry books. He has won numerous awards, including the Abraham H. Maslow Award from the APA, and is a student and practitioner of Kundalini Yoga. He is married with two sons and lives with his family in Amherst, Massachusetts.
Posted by Cosimo, Inc. No comments:
Email ThisBlogThis!Share to TwitterShare to FacebookShare to Pinterest
Labels: African Americans, Black History Month, Book of the Month, Books, Psychology, Publishing, Reprints


Last week I attended a tribute to Emily Squires, who had died last November 21, in New York City. Emily was a successful director, the first woman director of Sesame Street, who had won six Emmy Awards with her team for her work as Director of Sesame Street between 1995 and 2007. She also directed documentaries, including: Visions of Perfect Worlds, a conversation with the Dalai Lama, The Art of Being Human: a Portrait of Frederick Franck, which was shown at the tribute,  Five Masters of Meditation, and films about fracking and Occupy Wall Street.

In addition to her accomplished career, Emily was also actively involved with many good causes and interested in the frontiers of consciousness and human potential as expressed in her board work and membership of organizations such as the Friends of the Institute of Noetic Sciences ("FIONS"), which had organized last week’s tribute- the Source of Synergy Foundation, Evolutionary Leaders, and The Coalition of OneVoice

I met Emily as a fellow board-member of FIONS at the end of last century and was always impressed with her creativity and good nature, which experience only increased as I got to know her as her publisher. It was in those days that she and her husband Len Belzer wrote a lovely book, Spiritual Places in and around New York City, with their favorite inspiring and restful places in this city that never sleeps, from Riverside Church to the Metropolitan Museum of Art, from the New York Open Center to Hangawi Korean restaurant.

I can only echo what I had heard from so many at this week’s tribute, Emily Squires was a warm personality who made everyone she met feel at ease and acknowledged. She will be dearly missed.