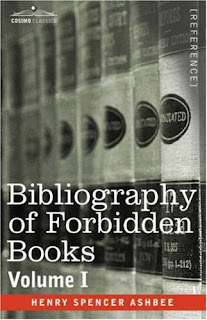 Cosimo is celebrating Banned Books Week by highlighting one of our Classic series from 1877, Bibliography of Forbidden Books by Henry Spencer Ashbee!

About the AuthorBritish book collector, travel writer, and bibliographer Henry Spencer Ashbee (1834-1900), aka Pisanus Fraxi, is thought by some to have authored the notorious Victorian sexual memoir My Secret Life.

About the Organization
Banned Books Week was launched in 1982 in response to a sudden surge in the number of challenges to books in schools, bookstores and libraries. The 2017 celebration will be held September 24 - September 30. For this year's theme, the coalition of organizations that sponsors Banned Books Week will emphasize the importance of the First Amendment, which guarantees our inherent right to read. To find an event near you, please visit the Banned Books website. 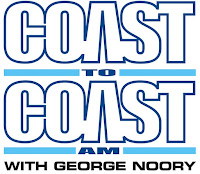 Congrats to our Cosimo author Edward Bruce Bynum on his interview with George Noory on the Coast to Coast radio show! Bynum was a guest on the show "Exploring Dreams/ Impact of Technology" where he discussed his research on dreaming, nightmares, telepathy, and sleep. For more information on the segment, or to hear the live interview, visit the Coast to Coast recording.

Bynum is not the first of Cosimo's authors who has been on this late-night radio talk show, that is one of the most popular American radio shows in the middle of the night with nearly three million listeners, from night workers to truckers to dedicated listeners interested in a wide variety of subjects, from dreams and the paranormal to remote viewing and climate change, but also from economics to the state of politics, all with a unique twist you don't get in main stream media. It airs every night from 1-5am (EST) and is now also available for a worldwide audience through its online presence, and can now also be heard by those who sleep at night.


About the Author Edward Bruce Bynum, Ph.D., is a clinical psychologist, Director of the Behavioral Medicine Clinic at the University of Massachusetts Health Services, a Senior Fellow in the Society for Psychophysiology and Biofeedback (BICA), and a Diplomat (ABPP) in the American Psychological Association (APA). Dr. Bynum is the author of numerous books and articles, including five texts in psychology and three poetry books. He has won numerous awards, including the Abraham H. Maslow Award from the APA, and is a student and practitioner of Kundalini Yoga. He is married with two sons and lives with his family in Amherst, Massachusetts.

September Series of the Month: History of the Expedition Under the Command of Lewis and Clark 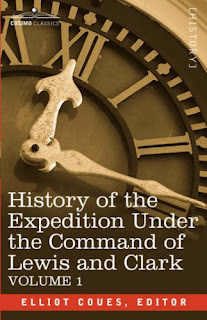 It is one of the grandest adventures in American history, and this is the premiere retelling of it. When explorers Meriwether Lewis and William Clark embarked on their continent-spanning journey across North America in 1804, they also began keeping daily journals full of detailed accounts of their travels and keen observations of the wildlife, flora, and native peoples they encountered. But it wasn't until 1893 that those journals were edited into this definitive presentation.

The original four-volume 1893 work is presented here in its entirety in three volumes, and including all of editor Elliot Coues's explanatory notes, chapter synopses, and more. Volume I also features a biography of Lewis written by Thomas Jefferson and a biography of Clark written by Coues. Volume II features the expedition's forging of the mighty Columbia River, encounters with Shoshone, Tillamook, and Chinnook Indians, and much more.

As thrilling as it is informative, this is essential reading for anyone fascinated by the opening of the American frontier.

About the Editor
American doctor, historian, ornithologist, and author Elliot Coues (1842-1899) helped create the taxonomic nomenclature still in use by zoologists. He wrote the foundational Key to North American Birds (1872) and edited The Travels of Zebulon M. Pike (1895).

Posted by Cosimo, Inc. No comments:
Email ThisBlogThis!Share to TwitterShare to FacebookShare to Pinterest
Labels: Chinnook Indians, Cosimo series, Elliot Coues, History of the Expedition Under the Command of Lewis and Clark, Lewis and Clark Expedition, Meriwether Lewis, Series of the Month, William Clark

September Quote of the Month: Never do tomorrow what you can do today - Charles Dickens 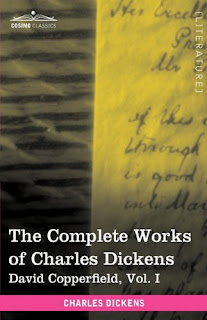 This month, we have selected our September inspirational message from one of the greatest Classic household names:

"Never do to-morrow what you can do today. Procrastination is the thief of time."
-- Charles Dickens in David Copperfield (The Complete Works of Charles Dickens)

It is impossible to overstate the importance of British novelist Charles Dickens not only to literature in the English language, but to Western civilization on the whole. He is arguably the first fiction writer to have become an international celebrity. He popularized episodic fiction and the cliffhanger, which had a profound influence on the development of film and television. He is entirely responsible for the popular image of Victorian London that still lingers today, and his characters (from Oliver Twist to Ebenezer Scrooge, from Miss Havisham to Uriah Heep) have become not merely iconic, but mythic.

But it was his stirring portraits of ordinary people, not the upper classes or the aristocracy, and his fervent cries for social, moral, and legal justice for the working poor, and in particular for poor children, in the grim early decades of the Industrial Revolution that powerfully impacted social concerns well into the 20th century. Without Charles Dickens, we may never have seen the likes of Sherlock Holmes, Upton Sinclair, or even Bob Dylan.

Here, in 30 beautiful volumes (complete with all the original illustrations) is every published word written by one of the most important writers ever. The essential collector's set will delight anyone who cherishes English literature... and who takes pleasure in constantly rediscovering its joys. This volume contains Part I of David Copperfield, which was originally serialized in standalone installments in 1849. Dickens drew on his own life story for this tale of the life of the title character, and it is considered the most autobiographical of his works. It was Dickens's own favorite, and the work considered the best by many literary observers, including Tolstoy.

September Classic of the Month: Inaugural Addresses of the Presidents of the United States 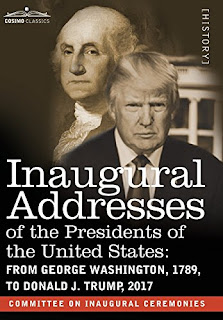 President Donald Trump's inaugural address at 1,433 words and 15 minutes was the shortest since President Carter in 1977 and second-shortest since President Kennedy in 1961. Still, it was far longer than the shortest-ever address by the first president of the United States, George Washington, in his second inaugural address on March 4, 1793, with just 135 words. On the other hand, will we remember President Trump's address or any of his quotes as we do with President Franklin Roosevelt's quote in 1933: "Let me assert my firm belief that the only thing we have to fear is fear itself, nameless, unreasoning, unjustified terror which paralyzes needed efforts to convert retreat into advance," or President John Kennedy's quote in 1961: "Ask not what your country can do for you, ask what you can do for your country?" Time will tell.


This volume, Inaugural Addresses of the Presidents of the United States, with inaugural addresses from each of the nation's new leaders, and the subsequent inaugural words of re-elected Presidents, collects the thoughts of the first leader, President George Washington, entering office on April 30, 1789, through the forty-fifth leader, President Donald Trump on January 20, 2017. Their words set the tenor for their administrations, and this firsthand document of American history is vital for understanding their work in the White House and the legacy they left for the future.


About JCCICThe Joint Congressional Committee of Inaugural Ceremonies (JCCIC) coordinates the Inaugural swearing-in ceremony of the President and Vice President of the United States, the traditional Inaugural luncheon that follows, and all other Inaugural activities at the U.S. Capitol. It is comprised of the Senate Majority Leader, the Chairman and Ranking Member of the Senate Committee on Rules and Administration, the Speaker of the House of Representatives, and the Majority and Minority Leaders of the House of Representatives.
This collection of historical documents is a must-read for any historian, an excellent reference tool for librarians and students, and an educational informant for all. Cosimo is proud to offer this title in both paperback and hardcover at leading online bookstores including Barnes & Noble (hardcover, paperback) and Amazon (hardcover, paperback).
Posted by Cosimo, Inc. No comments:
Email ThisBlogThis!Share to TwitterShare to FacebookShare to Pinterest
Labels: American History, classic books, Classic of the Month, Democracy, Donald Trump, Franklin Roosevelt, Inaugural Addresses of the Presidents of the United States, JCCIC, John F. Kennedy, U.S. government 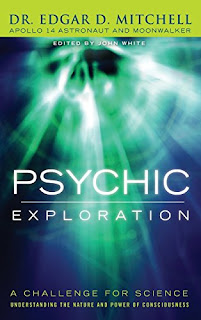 Need to brush up on your science facts or psychology knowledge before school starts? Look no further than our September Book of the Month, Psychic Exploration, A Challenge for Science.