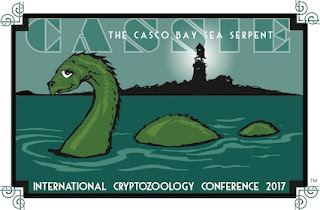 The ICC17 will showcase talks by famous cryptozoologists, by infrequently heard investigators, from an innovative panel of Young Cryptozoologists, and will exclusively have the East Coast Premier screening of Small Town Monsters’ new documentary on Mothman.

Special pre-sale tickets are currently available until July 15th (which includes discounted fees, free swag, and a ticket to the museum!) , after that the price goes up, be sure to save your spot soon.

To read, in-depth, about the speakers, schedule, locations, and more about the International Cryptozoology Conference, please click here.

About the Author
Loren Coleman has been investigating cryptozoological evidence and folklore since the Abominable Snowmen caught his interest more than five decades ago. He is the author of numerous popular books on cryptozoology, including Mysterious America, Bigfoot!: The True Story of Apes in America, and Mothman and Other Curious Encounters, and he regularly appears on radio and television programs including: National Public Radio, Coast to Coast AM, History, Travel Channel, NBC, and other media as an expert on strange creatures and inexplicable phenomena.
Today, as one of the world's leading cryptozoologists, Coleman is an honorary member of the British Columbia Scientific Cryptozoology Club, a life member of the International Society of Cryptozoology, and an inaugural inductee of the Roger Patterson Memorial Bigfoot Museum in Portland, Oregon. He travels extensively for fieldwork and lectures and writes a daily blog at the Internet's most popular cryptozoology news site, Cryptomundo. Coleman is the director of the International Cryptozoology Museum in Portland, Maine.

June eBook of the Month: Crash at Corona 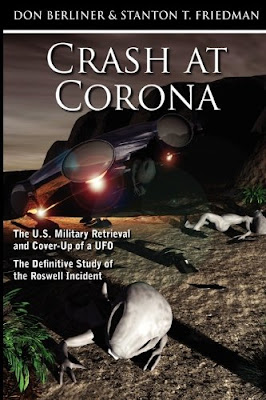 
Purchase this eBook at any of the retailers below.

June Series of the Month: National System of Political Economy 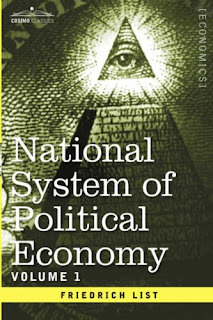 With all of the political turmoil happening around the world in the last few months (Brexit and the Theresa May election, The Paris Agreement, the James Comey testimony, etc.), we at Cosimo wanted to shine the spotlight on National System of Political Economy by Friedrich List for those readers interested in learning more about collaboration between countries and how it affects us.

One of the most prominent economic philosophers of the 19th century, on par with-but espousing quite different thinking than-Karl Marx and Adam Smith, Friedrich List explores in this three-volume series a reasoned doctrine of national and pan-national management of trade, a global collaboration between government and business.

Volume 1 examines the pronounced influence of freedom prudently balanced with regulation in the economic histories of the nations of Europe and North America. In Volume 2, he delineates his theory of supportive interconnectedness, discussing everything from the value of the individual's ability to produce wealth to the edge established businesses have over new ones. Volume 3 explores the economic and political systems that nurture ascendant nations in their global sovereignty.

A close reading of this 1841 classic is an absolute necessity for anyone who hopes to understand world economic history of the last 150 years.

About the Author
German economist and journalist Friedrich List (1789-1846) served as professor of administration and politics at the University of Tübingen, but was later jailed and exiled to America for his political views. His is also the author of Outlines of American Political Economy (1827). 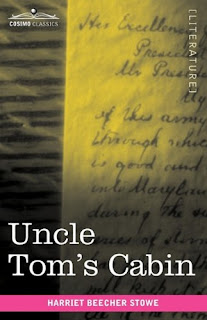 This month, we are celebrating the birthday of Harriet Beecher Stowe and her best-selling anti-slavery novel that catapulted her into the spotlight. Uncle Tom's Cabin helped influence anti-slavery movement in the northern parts of the United States as well as Britain, while simultaneously sparking anger in the southern parts of America.

It is the best known book about American slavery, and was so incendiary upon its first publication in 1852 that it actually ignited the social flames that led to Civil War less than a decade later.

What began as a series of sketches for the Cincinnati abolitionist newspaper The National Era scandalized the North, was banned in the South, and ultimately became the bestselling novel of the 19th century. Today, controversy over this melodramatic tale of the dignified slave Tom, the brutal plantation owner Simon Legree, and Stowe's other vividly drawn characters continues, as modern scholars debate the work's newly appreciated feminist undertones and others decry it as the source of enduring stereotypes about African Americans.

As one of the most influential books in U.S. history, it deserves to be read by all students of literature and of the American story.

About the Author
American abolitionist and author Harriet Beecher Stowe (1811-1896) was born in Connecticut, daughter of a Congregationalist minister and sister to abolitionist theologian Henry Ward Beecher. She wrote more than two dozen books, both fiction and nonfiction.

We are pleased to offer the this great Classic title in both a practical paperback and attractive hardcover.