March Series of the Month: History of the Jews by Heinrich Graetz - in Memory of Anne Frank 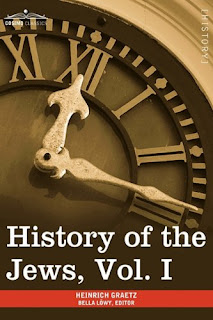 In memory of Anne Frank, who died in March 1945, at the Bergen-Belsen concentration camp in Germany, Cosimo's Series of the Month for March is History of the Jews by Heinrich Graetz.

A landmark work of Jewish history and a worldwide phenomenon when it was first published, this masterpiece of Jewish history was translated in multiple languages and instantly become the de facto standard in the field. German academic Heinrich Graetz brings a sympathetic Jewish perspective to the story of his own people, offering readers today an affectionate, passionate history, not a detached, clinical one.

Backed by impeccable scholarship and originally published in German across 11 volumes between 1853 and 1875, this six-volume English-language edition was abridged under the direction of the author, and brought to American readers by the Jewish Publication Society of America in 1891. It remains an important work of the study of the Jewish religion and people to this day.

Cosimo offers this series by individual volume at leading online bookstores or as a full two-volume set in paperback or hardcover. If you are interested in purchasing the full set, please contact us.


The hardcover retail list price for this series is: $216.94, but now our price is: $174.99 (you save $43.39 or a 20 percent discount)
Posted by Cosimo, Inc. 1 comment:
Email ThisBlogThis!Share to TwitterShare to FacebookShare to Pinterest
Labels: Anne Frank, Bergen-Belsen concentration camp, German history, Germany, Heinrich Graetz, History of the Jews, Jewish history, religion, Series of the Month, the Holocaust

Ever wanted to find out more about the man behind the world-famous plays like The Merchant of Venice, Romeo and Juliet, The Tempest, Twelfth Night, Othello, and countless others? The Boston Public Library, through March 31, is showcasing 400 years of literary speculation, adaptations, works, celebrations, and history of William Shakespeare in an exhibit called Shakespeare Unauthorized.


Boston Public Library holds one of the largest and most comprehensive collections of Shakespeare's work, so visitors can learn more about his life, as well as his books, sonnets, and poems, all in his original language and spelling.

Before you plan your trip to Boston, pick up one of our wonderful Cosimo Classics by or about The Bard.

Life In Shakespeare's England: A Book of Elizabethan Prose by J.D. Wilson

British Shakespearean scholar J.D. Wilson is best remembered for his explications of the Bard, particularly his acclaimed 1935 work What Happens in Hamlet. Here, however, he takes a rather more oblique approach to enlightening us to the world of Shakespeare, gathering together in this 1913 volume writings by contemporaries of the playwright's — some famous, some not — that illuminate the artistic society and ordinary life of Elizabethan England.

Originally published between 1909-1917 under the name "Harvard Classics," this stupendous 51-volume set-a collection of the greatest writings from literature, philosophy, history, and mythology. Volume XLVI features four of the masterpiece tragedies by the greatest playwright in the English language — William Shakespeare's Hamlet, King Lear, Macbeth, and The Tempest. Also included in this volume is Edward the Second, a 1592 drama of court intrigue, by Christopher Marlowe who greatly influenced Shakespeare's writing and who — some speculate — may actually have penned the plays credited to Shakespeare after faking his own death and taking on an assumed name.

Still often used today, German schoolmaster and philologist Alexander Schmidt's Shakespeare Lexicon is the source for elucidating the sometimes cryptic language of Shakespeare and tracking down quotations. Volume 1 covers A through L, from "a: the first letter of the alphabet" to "Lysimachus," a proper name. Every word from every play and poem is cataloged, referenced, and defined in this exhaustive two-volume work, the result of arduous research and stalwart dedication. Serious scholars and zealous fans will find the Lexicon the ultimate guide to reading and decoding the Bard.

Still often used today, German schoolmaster and philologist Alexander Schmidt's Shakespeare Lexicon is the source for elucidating the sometimes cryptic language of Shakespeare and tracking down quotations. Volume 2 covers M through Z, from "Mab: the queen of the fairies" to "Zounds: an oath contracted from God's wounds," and features numerous appendices and supplements on grammar and usage. Every word from every play and poem is cataloged, referenced, and defined in this exhaustive two-volume work, the result of arduous research and stalwart dedication. Serious scholars and zealous fans will find the Lexicon the ultimate guide to reading and decoding the Bard.

Tomorrow is International Women’s Day, a day that started nationally in the United States, but would gain enough clout and momentum to spread worldwide. One could argue that after the stressful presidential election, the peaceful protests all around the US, groups raising money for women's charitable organizations, and the Women's Marches that happened in major cities all around the world, make this day more even more powerful and will hopefully embolden women everywhere in 2017.

In 1910, an International Women’s conference was held and they reached the agreement that International Women’s Day should be observed annually. March 18, 1911 was the first International Women’s day. Observed by over 1 million people in several different countries, the day marked many demonstrations for the support and empowerment of women who have long contributed to the history and success of many nations without recognition. The demonstrations also demanded the right to vote and hold office. The day spread over the next fifty years and in 1977 when the United Nations General Assembly invited member states to proclaim March 8 as the UN Day for Women's Rights and International Peace, the day became official with a widespread observance.

International Women’s Day is a recognizable and significant moment in the Women’s rights movement. Striving for equality in regards to voting was discussed and hotly debated in the early 1900s, a great survey of which is described in Eugene A. Hecker's 1914 title, "A Short History of Women's Rights" or, for those who may want to travel back in time a bit, Mary Wollstonecraft's book, "A Vindication of the Rights of Women" will give readers a fantastic historical background from the 1700s.

It is because of these women of the past who fought (and those women who still fight today) for equality and civil rights, that we can have such amazing authors as we do today. For example, Phebe A. Hanaford, who wrote about female poets, scientist, preachers, and educators in her book, "Daughters of America or Women of the Century", or Margaret E. Burton', who defied longstanding cultural traditions and stereotypes and wrote about her struggles in "Notable Women of Modern China", and more recently, Michaela Walsh, who wrote "Founding a Movement: Womens World Banking, 1975-1990" and was the president of Women's World Banking.

The 2017 theme of International Women's Day is #BeBoldForChange, asking everyone to fight for and speak up about about equal rights and inclusivity for all.

Thousands of events occur to mark the economic, political and social achievements of women. Organizations, governments, charities, educational institutions, women's groups, corporations and the media celebrate this day world wide. For more information about International Women's Day and events near you, see their website.

Posted by Cosimo, Inc. 2 comments:
Email ThisBlogThis!Share to TwitterShare to FacebookShare to Pinterest
Labels: A Short History of Women's Rights, A Vindication of the Rights of Women, Daughters of America or Women of the Century, equal rights, founding a movement, International Women's Day, the United Nations 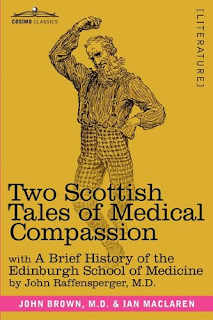 We are highlighting Two Scottish Tales of Medical Compassion, by Dr. John Brown, Ian Maclaren, and Dr. John Raffensperger, as our March Classic of the Month in honor of Saint Patrick's Day tomorrow!