June Series of the Month: The Lock and Key Library 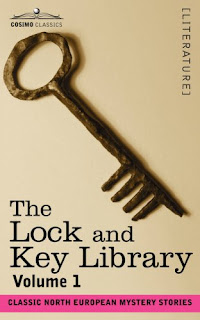 Detective stories existed for centuries before the concept of the detective himself--amateur or professional--was fully formulated, and tales of mystery and intrigue have been thrilling readers since ancient times.

The Lock & Key Library is the classic overview of the history of the genre, at once a rousing read for fans of the unsolved and unknown as well as an essential literary resource for anyone who seeks to understand the roots of modern pulp fiction.

Here adventurous readers will find tales from ancient times, the first detective story of modern literature (it's by Voltaire, and it's in Volume IV), and classic and beloved--but often hard-to-find--writings by the likes of Charles Dickens, Rudyard Kipling, Robert Louis Stevenson, and other luminaries of fiction. Classic North European, German, French, American, and Mediterranean mystery stories are now right at your fingertips with this series.

Assembled and edited by American author and journalist Julian Hawthorn (1846-1934), son of writer Nathaniel Hawthorne, and first published in 1909, this 10-volume mystery collection will delight armchair detectives and readers of the classics alike. Also great as a gift to build up one's private library.

Honoring the Life and Work of Danny Schechter

"He's full of spirit and very expressive", those were the words Danny Schechter's mother, Ruth, wrote when he was still a toddler. Everyone who knew Danny Schechter as a journalist, filmmaker and author, will attest to this early and accurate description in his life: he was always full of spirit and never stopped expressing himself till his untimely death on March 17, 2015.

Last Saturday, June 27 - which was also Danny's birthday - my wife and I attended a celebration of his life in Judson Memorial Church in Greenwich Village, Manhattan. The church was packed with friends and family from around the country and around the world, who had known Danny during one or more of his many chapters in life.

The celebration was kicked off with, for some, a bit of unusual music, the South African National Anthem, honoring Danny's close friendship with that country and his active role in its struggle against Apartheid, and was followed by an impressive number of speakers, such as his younger brother Bill who spoke about their childhood in the Bronx and their colorful family background as grandchildren of Russian immigrant grandparents. Other speakers who followed spoke about his fight for civil rights - from the US civil rights movement to South Africa and beyond -; his unique role at Boston radio station WBCN during the 1970s where he became known as "Danny Schechter, the News Dissector"; his multiple media activities with ABC and CNN, and later on independently as part of Globalvision with his longtime friend and business partner Rory O'Connor; and his role as loving son of his parents and father to his daughter Sarah.

A brief own view of his life was presented in this video, "Danny Schechter - In His Own Words"

In between the tributes, his friend Nenad Bach, a Croatian performer and peace activist, performed the following song, " Everything is Forever"

As I come closer to the end of this post, let me dedicate two memorable songs to Danny Schechter. The first is "Sun City", performed by Artists United Against Apartheid founded by Steven Van Zandt in 1985. Danny Schechter, who had met Van Zandt at that time and became instrumental in the production of "Sun City",  had suggested the song to be different from "We are the World" to be "about change, not charity, freedom, not famine"


Then the last song is "Danny Boy" performed by Roy Orbison, a song Danny had selected to be part of a compilation he created with his musical partner, Polar Levine, in January of this year. This is what he then wrote for this collection:

"When I was diagnosed with a serious cancer in 2014, one of my first purchases was a new turntable to find comfort in some of the music that made up the soundtrack for a life now at risk. I realized how important it was to me.........I wanted to give something back - to my many friends - by sharing some of the many songs that influenced me, kept me dancing and echoed my joy and outrage........These are the tracks of my hope. Danny Schechter, January 2015 "

During this celebration service, two ways to honor Danny Schechter were presented. I call upon readers of this blog, of Danny's books, and followers of his films and other work to consider donating to one or both of these causes to honor his work, his life and his legacy:

A Civil Right Memorial and History Project at Cornell University
A Civil Rights Memorial at Cornell University to preserve the memory of Michael Schwerner, James Chaney and Andrew Goodman and the commitment of the Cornell students, like Danny, who went south before or during the Freedom Summer in 1964. In addition to the memorial, Danny helped create a fund to provide financial support to students who volunteer to do social justice work.


The Danny Schechter Global Vision Award for Journalism
The Global Center, a non-profit educational foundation dedicated to developing informative and socially responsible media and a new type of journalism in which the reporting of events and conditions is done in conjunction with those most affected by those events, is pleased to announce the creation of an annual award honoring the life and work of the late journalist, filmmaker and “News Dissector” Danny Schechter. The Danny Schechter Global Vision Award for Journalism will be given annually to a reporter who best emulates Schechter's practice of combining journalism with social activism and/or whose work is deserving of greater recognition and wider impact.

In addition to the award itself, which will be announced and promoted each year on or about Schechter's birthday of June 27th, each recipient will receive a  check in the amount of $3000 to support future reporting. Recipients will be chosen by a panel including daughter Sarah Schechter and business partner Rory O'Connor.

An anonymous donor has already contributed $15,000 to ensure that the award is fully funded for its first five years. Those interested in contributing further can make tax-deductible donations to The Global Center, an IRS-certified 501 (c) (3) foundation that is acting as fiscal sponsor for the award.

Checks should be sent to:

200th Anniversary of the Battle of Waterloo

Today marks the 200th anniversary of The Battle of Waterloo. The battle was fought on Sunday, June 18 1815, near Waterloo in what is now called Belgium. A French army under the command of Napoleon was defeated, ending Napoleon's rule as Emperor of the French, and marking the end of his Hundred Days return from exile. For those who wish to learn more about French history, The Battle of Waterloo, and Napoleon himself, Cosimo has a few great titles to offer:

Great Thoughts from Napoleon by A.S. Rappoport
Compiled herein are the thoughts and quotes of Napoleon on everything from women ("A beautiful woman pleases the eye, a good woman pleases the heart; the first is a jewel, the second a treasure") to the reason to wage war ("We must either strike or be stricken") to humanity itself ("Humanity is grateful to those who astonish her").

Napoleon and His Marshals (Two Volumes in One) by Joel T. Headley
Within the reign of Napoleon still in the living memory of some, American author J. T. Headley took on the daunting task of rehabilitating the names and deeds of the emperor's right hand men, virtuoso military strategists and men of dauntless action eclipsed only by the brilliance of their leader. Gathered from essays that appeared in magazines in 1846, this striking two-volume work offers an extraordinary and unparalleled look at Napoleon's most trusted generals, including Berthier, Lannes, Murat, Brune, and Bernadotte, among others.

Napoleon: The Last Phase by Lord Rosebery
In this monograph, first published in 1900, Lord Rosebery looks at Napoleon's final years and the legacy he left behind, expounding upon the previous writings about the French emperor, especially with regards to his doubts about their veracity and completeness, and offering his thoughts on Napoleon's life in exile, the question of what title he should be afforded, Napoleon's impact upon democracy, and much more. This curious volume of 19th-century history will intrigue students of Napoleon and of historical commentary alike.

Life of Napoleon Bonaparte: Emperor of France by J. G. Lockhart
In this exceptional biography, John Gibson Lockhart examines the life and career of the man who became France's foremost military leader and, in the process, gained the love of his people. 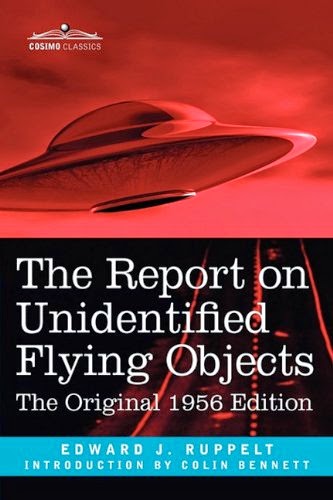 With Contact in the Desert fresh in our minds with its conclusion of panels and speakers last month, Cosimo is proud to present the June Classic of the Month, The Report on Unidentified Flying Objects: The Original 1956 Edition by Edward J. Ruppelt with an introduction by UFO expert and investigative writer Colin Bennett.

It was in June of 1947 (67 years ago on the 24th!) that the phrase "flying saucer" gained national attention when a pilot named Kenneth Arnold reported seeing nine unidentified objects flying in formation near Mount Rainier in Washington State.


The Report on Unidentified Flying Objects was the first serious, unbiased account written about UFOs by anyone connected with the official government investigations of UFO phenomena. Ruppelt, who coined the term "unidentified flying objects" and headed Project Blue Book from 1951 to 1953, includes his personal investigations and findings in his extensive research on UFOs. He discusses both well-publicized UFO sightings and lesser-known accounts, as well as the inner workings of Air Force UFO research.


For more books by Colin Bennett or other UFO titles, please visit our UFO webpage or our UFO bookshelf.