January Series of the Month: The Personal Power Books 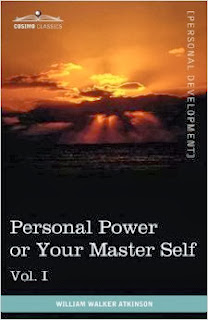 
-- William Walker Atkinson in Personal Power or Your Master Self


We at Cosimo are continuing the month of January by highlighting books that will help our readers become the best version of themselves. We are happy to present Cosimo's Series of the Month for January: The Personal Power Books by William Walker Atkinson.

The original 12-volume series, the Personal Power Books are a set of self-help books designed to be carefully studied to develop personal power. In the Foreword to Volume I, personal power is defined as "The ability of strength possessed by the human individual, by which he does, or may, accomplish desired results in an efficient manner, along the lines of physical, mental, and spiritual effort and endeavor." In other words, these books describe the methods to attaining control and power in your own life, whether it be financial, physical, mental, or emotional--certainly a worthy goal for any individual. 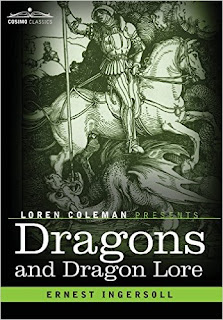 January Book of the Month: The Joy of Ritual by Barbara Biziou 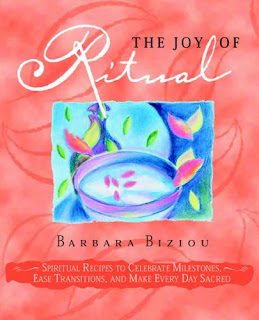 In the spirit of new beginnings, Cosimo is thrilled to offer The Joy of Ritual by Barbara Biziou as our January 2016 Book of the Month.

Rituals are fundamental elements to this time of year, and help to bring substance, meaning, and cheer to our lives. Rituals can enhance daily routines, enrich milestones, and guide us through difficult transitions. They help to release fear, bring deeper meaning to a family or community gathering, and bring greater enjoyment to an an important event.

In this wonderful book, Barbara Biziou, one of America's foremost ritual experts, teaches us how to restore ritual to its rightful place---as food for the soul---through practical, easy-to-use recipes that are inspiring and enjoyable.

If you need some help embracing 2016, be sure to read Barbara's posts on 12 Simple Rituals To Help You Release 2015 and ’Tis The Season For Rituals!

Happy New Year from all of us at Cosimo!

January Classic of the Month: Eat and Grow Thin by Vance Thompson 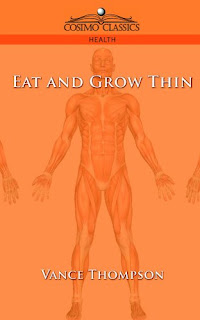 In the spirt of the new year, we at Cosimo are spending the month of January highlighting books that will help our readers become the best version of themselves. We are happy to present Cosimo's Classic of the Month for January: Eat and Grow Thin by Vance Thompson.

Known as one of America's first low-carb diet books, author Vance Thompson offers his strategy for "escaping the tragedy of growing fat." What's more. "The Mahdah menus tell you exactly what to eat just what food values should be banked every day. The menus are composed. Each luncheon is complete in itself. Each dinner provides exactly the nutriment needed and in exactly the right proportions. And breakfast? Oh, we of the slim-waisted gracilities breakfast on a cup of yellow tea or a cup of black coffee or a dish of fresh, ripe fruit."

Originally published in 1914 and long out-of-print, Eat and Grow Thin proves just how long low-carbohydrate eating plans have been around. Of course, contemporary dieters familiar with the current low-carb craze will find memorable advice here as well as a wealth of "slimming recipes" from the turn of the century.

About the Author
Vance Thompson (1863-1925) was an American author and literary "Renaissance Man" of the early 20th century. His work covers a wide-range of genres including poetry, stage plays, miscellaneous manuscripts as well as sheet music. Capitalizing on popular tastes of the era, his earlier works include Take It From Me: A Look in on the Other Fellow (1916), Drink and Be Sober (1916), and Live and Be Young (1920). An extensive collection of his literary works and personal papers are stored in the Library for Rare Books and Special Collections at Princeton University.

Eat and Grow Thin is available on Amazon, at Barnes & Noble, and at your favorite bookstores. From everyone here at Cosimo, we wish you a very Happy New Year!

Posted by Cosimo, Inc. No comments:
Email ThisBlogThis!Share to TwitterShare to FacebookShare to Pinterest
Labels: 2016, Classic of the Month, Drink and Be Sober, Eat and Grow Thin, health, Library for Rare Books and Special Collections, Live and Be Young, New Year, Princeton University, Take It From Me, Vance Thompson

As 2015 is just behind us, it's sad to acknowledge that during that year Cosimo has lost four very creative and innovative authors.

At the beginning of last year, we heard the sad news about the passing of Colin Bennett. Colin Bennett was a multi-talented individual, born in England in 1940, and wearing many different hats during his life: from studying science and mathematics, and being a professional musician, to returning to college to study English at Balliol College, Oxford and written several plays that performed on the professional stage in London, including the Royal Court Theatre.

In the meanwhile, he also managed to become an authority on the work of Charles Fort, George Adamsky and Edward Ruppelt and became well-known in the community of ufologists and Forteans with books such as Flying Saucers over the White House: The Inside Story of Captain Edward J. Ruppelt and His Official U.S. Airforce Investigation of UFOs; Looking for Orthon: The Story of George Adamski, the First Flying Saucer Contactee, and How He Changed the World; and Poltics of the Imagination: The Life, Work and Ideas of Charles Fort   The latter book won the Anomalist Award for Best Biography in 2002. Even though Colin Bennett suffered from diabetes during his last years of life, he continued writing online and elsewhere.


In March, 2015, Danny Schechter, journalist, filmmaker, television producer, and author died after a battle with cancer.  Danny Schechter was a unique personality, in person and professionally. Born in 1942 in New York, he epitomized the consummate New Yorker: engaged and engaging, socially active and vocal, and trying to make the world a better place. His media background started in the 1970s on the radio as "The News Dissector" at WBCN-FM in Boston, where he informed his listeners about the news infused with his typical sense of humor. Later on he joined CNN and ABC News, where he won two Emmy Awards. In 1988 he co-founded the production company Global Vision together with Rory O'Connor, where they produced many documentaries, including "South Africa Now", an award winning public television series. He wrote 17 books, of which quite a few with Cosimo, for example: Plunder: Investigating Our Economic Calamity and the Subprime Scandal, one of the first books that came out just after the financial collapse in September, 2008. This book was based on his previous years of research, blogging, and his documentary In Debt We Trust where he already foresaw deep problems in the US economy.

In May 2015, Imre Somogy died: he was the co-author with his wife, Margriet of Reading Baby Toes. Imre Somogy was born in 1943 in Amsterdam, after which he lived in Belgium till he was 13  and then returned to the Netherlands. He started his career after military service, where he became a journalist and broadcaster with Dutch TV and radio. Besides his journalistic work, he studied and practised homeopathy, herbal- and natural healing. During those studies he and his wife developed a method to analyse behavior and personality based on the shape ad position of toes. He authored a few books on this knowledge, one of which was focused on baby toes. Since his retirement he lived in France, where he died after a long illness.

Last November 2015, Rob Riggs, a journalist and former publisher of a series of award-winning community newspapers in Texas, died. Rob Riggs had not only been a reporter and journalist but had been interested in paranormal phenomena since as a child he heard tales about them, including the Bigfoot mystery in his hometown in Big Thicket country, a heavily forested area in Southeast Texas. His studies of paranormal phenomena, which have taken him to West Texas, Mexico, New Mexico, Arizona, and as far abroad as India, have been featured in the Houston Chronicle and the Beaumont Enterprise.  In 2001 Rob Riggs wrote In the Big Thicket : On the Trail of the Wild Man : Exploring Nature's Mysterious Dimension (Paraview Press, now part of Cosimo Books.) Noted cryptozoologist, Loren Coleman wrote the following about this book: "Rob Riggs book takes the reader on a wild tour through one of America's weirdest wonderlands. Riggs has produced a great collection on such Texan wonders as the Big Thicket's Wild Man."

In each of these four authors, we have lost unique human beings who contributed to their readers and followers, by explaining, informing and educating them about their expertise and the world around us as they saw it. Our thoughts at this time are with their families and friends, as well as with their readers, including ourselves at Cosimo, who will remember each of them for their lives and contributions. 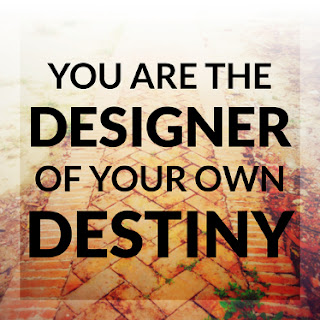 Our January Book of the Month author Barbara Biziou is holding a workshop in honor of the New Year!


"Rituals can be wonderful tools to help us release old patterns and limiting thoughts and move into the future with clarity and lightness. January is an auspicious time to use the focused power of ritual to align our minds, hearts and actions, and release the blocks and barriers that prevent us from manifesting our goals.

Event: Rituals for the New Year: Beginning the Year with Clarity, Intention, and Inspiration

About the Barbara Biziou
Barbara Biziou is an interfaith minister, motivational speaker, and a life-strategy coach. She is the author of The Joy of Ritual & The Joy of Family Rituals, as well as a Huffington Post blogger, executive consultant, dynamic public speaker, and national TV personality. Biziou has a deep commitment to integrating practical spirituality into people's lives, both personally and professionally. She is a frequent guest on radio and television and has appeared in the New York Times, Body and Soul, Harper's Bazaar and Parent's Magazine.