Be sure to check out these upcoming events hosted by the International Association For The Study of Dreams! 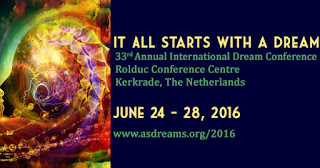 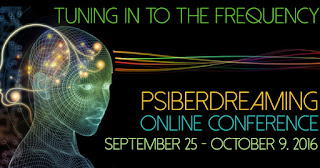 What: Tuning in to the Frequency
When: September 25 - October 9, 2016
Where: online
Tickets: free if you become a member
Subject(s): When we turn down our noisy thoughts and slip into dreams, do we tune in to another frequency? 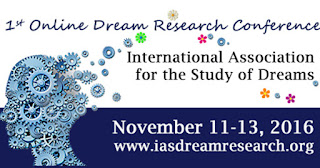 Interested in reading more about dreaming and dreams before an event? We recommend Appreciating Dreams by M.D. Montague Ullman and Understanding Dreams: The Gateway to Dreams Without Dream Interpretation by Markku Siivola. For more titles, please visit Cosimo's Body, Mind, & Spirit page, or our Meanings of Dreams page. 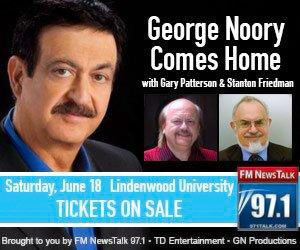 Fans of UFO expert, nuclear physicist and Cosimo author Stanton Friedman, be sure to see him live on June 18, 2016 at 7:00 p.m to hear his interview on George Noory Comes Home.

George Noory, the host of Coast to Coast AM (one of the most popular paranormal news shows on the radio) will interview Friedman along with Rock Historian R. Gary Patterson, Mark Klose from FM NewsTalk 97.1, and Mark Farley from the St. Louis Paranormal Society to discuss all things extra terrestrial, UFO related, and paranormal.

For those who live near Lindenwood University or Saint Charles, Missouri, be sure to see the event at The Lindenwood Theater. Tickets start at $30 and be sure to stay after the event for a Meet and Greet at 10pm. For more information and to purchase tickets, visit the box office website.

About the Author
Stanton T. Friedman is a nuclear physicist who has worked for General Electric, General Motors, Westinghouse, and other corporations. He is the author of Crash at Corona and wrote introductions to The Roswell Report: Case Closed and The Roswell Report: Fact versus Fiction. He has appeared on Larry King, Unsolved Mysteries, and Nightline, and was involved with the documentaries UFOs Are Real and Flying Saucers Are Real. He was the final speaker at the fiftieth anniversary conference at the International UFO Museum and Research Center at Roswell, and has given more than 700 lectures on the subject of UFOs.

Left at East Gate is our June Book of the Month 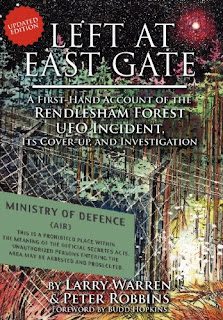 We at Cosimo are happy to present Left at East Gate by Larry Warren and Peter Robbins as our Book of the Month this June in celebration of a few upcoming author events!

For tickets and more information, visit:

About the Book
In December 1980, Larry Warren was a member of the Air Force security police stationed at RAF Bentwaters, a NATO base in Great Britain. On the night of the 28th he was on guard duty when he was taken by truck to join other Air Force personnel to investigate a disturbance in a Rendlesham Forest about five miles away, which turned out to be a landed UFO.

This was the third night of UFO activity in the area and by far the most profound. When the men were debriefed the next day, they were warned to tell no one about what they had seen-as "bullets are cheap." And so began what would turn out to be the best documented and most significant military-UFO incident in history.

This remarkable story, told with the help of investigative writer Peter Robbins, was the basis of the Sci Fi Channel's documentary UFO Invasion at Rendlesham.

About the Authors
Peter Robbins is one of the most respected and best-known investigative writers on the serious study of UFOs. He's been involved with extraterrestrial phenomena for more than thirty years as a researcher, investigator, writer, lecturer, activist, consultant, author, and conference organizer. Peter is a regular fixture on radio shows around the country and in the United Kingdom. He is also co-host of the monthly program "Encounters" on GRA Network Radio. He is often a guest on and consultant to numerous television shows and documentaries. Robbins' articles, essays, commentaries, and columns have appeared online and in numerous print publications. He is a popular lecturer at colleges, universities, and conferences both here and abroad

Peter Robbins is the co-author of the British bestseller Left At East Gate: A First Hand Account of the Rendlesham Forest UFO Incident, Its Cover-up and Investigation. Cosimo is proud to present this title in paperback, hardcover, and eBook editions.

Celebrate Our June Series of the Month with Alice Through the Looking Glass! 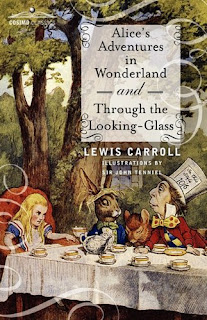 All of us at Cosimo are celebrating the release of Alice Through the Looking Glass this June by reading Lewis Carroll's classic books!

In 1865, English author Charles Lutwidge Dodgson (1832-1898), aka Lewis Carroll, wrote a fantastical adventure story for the young daughters of a friend. The adventures of Alice-named for one of the little girls to whom the book was dedicated-who journeys down a rabbit hole and into a whimsical underworld realm instantly struck a chord with the British public, and then with readers around the world.

Here, in one volume, you'll find both Alice's Adventures in Wonderland and the 1872 sequel, Through the Looking-Glass. Together, this is a masterwork of playful prose in which the author has invented some of the most memorable characters in literature: the White Rabbit, the Mad Hatter and the Red Queen.

Alice Through the Looking Glass is produced by Tim Burton and is loosely based on the Lewis Carroll classic. The film stars Johnny Depp, Anne Hathaway, Mia Wasikowska, Rhys Ifans, Matt Lucas, Helena Bonham Carter and Sacha Baron Cohen, and is the sequel to the 2010 film Alice in Wonderland. 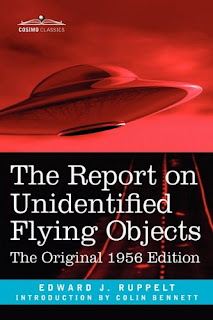 Cosimo is proud to present the June Classic of the Month, The Report on Unidentified Flying Objects: The Original 1956 Edition by Edward J. Ruppelt with an introduction by UFO expert and investigative writer Colin Bennett. It was in June of 1947 that the phrase "flying saucer" gained national attention when a pilot named Kenneth Arnold reported seeing nine unidentified objects flying in formation near Mount Rainier in Washington State.

For more books by Colin Bennett or other UFO titles, please visit our UFO webpage or our UFO bookshelf. 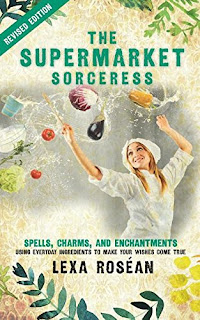 Cosimo is happy to announce that author Lexa Roséan will be leading several workshops and discussing her books at the upcoming HexFest!

Hexfest will be held June 3 to June 5, 2016 at the Bourbon Orleans Hotel (New Orleans' most haunted hotel!) in New Orleans, Louisiana. For schedule information and ticket purchases, please visit HexFest.com.

Lexa will lead two workshops over the course of the weekend:

- Bring your natal chart if you have it - if not, Lexa will be able to draw up select student's charts to illustrate to the class providing the birth time is known
- If you have a Tarot deck - bring it!
- Discover how to predict accurate timing through astrological knowledge of the Tarot.

- Learn how to do health readings with both Tarot and Astrology

The Supermarket Sorceress is available in paperback at Amazon and Barnes & Noble, and in various eBook formats. For attendees wishing to buy the book at the festival, be sure to visit Hex Old World Witchery Bookstore, where her books will be on sale during HexFest.