Tomorrow, August 26th is the anniversary of national woman suffrage. Women in the United States were granted the right to vote on August 26, 1920, when the 19th Amendment to the United States Constitution was certified as law. We at Cosimo are celebrating by reading up on women's history and learning more about suffrage and voting rights with these titles:

The Subjection of Women by John Stuart Mill
Mill puts forth the radical notion, one still unaccepted among many to this, that women are not inherently inferior to men but that male dominance has molded a certain kind of behavior in them, and calls for the full equality of women not only before the law but in cultural and social reality as well. Written in 1861, not published till 1869, and still not fully heeded in the early 21st century, this is must-reading for anyone striving to understand the biases and inequities of Western culture.

A Short History of Women's Rights by Eugene A. Hecker
The fight for women's rights, particularly with regards to the right to vote, made such enormous strides between 1910, when the first edition of the book was published, and 1914, when its second edition was released with an update on the effort, that within the space of those few brief years, it became almost a historical document, not a rundown of current affairs. But that second edition-of which this is a replica-remains an important document for understanding the struggle of women in the early 20th century. Its survey of older history is still significant, exploring the surprisingly liberated state of women in ancient Roman, the inferiority of women under Christian doctrine, and the condition of women's person-hood in more recently English and American eras.

A Vindication of the Rights of Women by Mary Wollstonecraft
One of the earliest works of protofeminist thought, this startling prescient 1792 book is the first published argument advocating for the societal elevation of women as the intellectual and emotional equals of men. Well received in its day and still an important resource for anyone wishing to understand the history of feminism, this extended essay demolishes the sexual double standard of the day, offers a rational defense for the education of girls, and demands merely that women be treated as people.
Posted by Cosimo, Inc. No comments:
Email ThisBlogThis!Share to TwitterShare to FacebookShare to Pinterest
Labels: A Short History of Women's Rights, A Vindication of the Rights of Women, The Subjection of Women, Voting, Women, Women's Equality Day, women's rights, Women's Suffrage

August Series of the Month: An Arabic-English Lexicon

"This marvelous work in its fullness and richness, its deep research, correctness and simplicity of arrangement far transcends the Lexicon of any language ever presented to the world."
--Dr. G.P. Badger 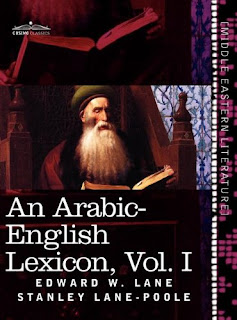 This August, Cosimo is excited to present An Arabic-English Lexicon as it's Series of the Month.

EDWARD WILLIAM LANE (1801-1876) was a British translator, lexicographer, and Orientalist. Instead of studying at college as a young man, Lane moved to London with his brother to study engraving, at which time he also began to study Arabic. When his health began failing, he moved to Egypt for a change of atmosphere and to continue his studies. While in Egypt, Lane began to study ancient Egypt, but soon became more entranced by modern customs and society. He relied on Egyptian men to help him gather information, especially on the topic of Egyptian women, on which he wrote many books. Lane also translated One Thousand and One Nights, though his greatest work remains The Arabic-English Lexicon. Born in 1854 in London, England, STANLEY LANE-POOLE was a British historian, orientalist, and archaeologist. Lane-Poole worked in the British Museum from 1874 to 1892, thereafter researching Egyptian archaeology in Egypt. From 1897 to 1904 he was a professor of Arabic studies at Dublin University. Before his death in 1931, Lane-Poole authored dozens of books, including the first book of the Arabic-English Lexicon started by his uncle, E.W. Lane.

August Classic of the Month: A Vindication of the Rights of Women

In the spirit of Women's Equality Day on August 26th, Cosimo is thrilled to present A Vinidication of the Rights of Women by Mary Wollstonecraft as its Series of the Month. 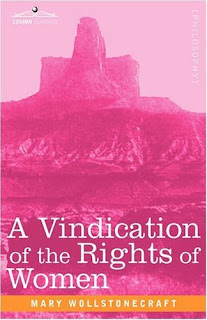 argument advocating for the societal elevation of women as the intellectual and emotional equals of men. Written during the time of the French Revolution, this revolutionary book reacts against the French Diplomat's , Charles Maurice's, statement that women should be educated only in domestic matters.

Well received in its day and still an important resource for anyone wishing to understand the history of feminism, this extended essay demolishes the sexual double standard of the day, offers a rational defense for the education of girls, and demands merely that women be treated as people.

A Vindication of the Rights of Women is available in hardcover and paperback at leading online bookstores, including Amazon and Barnes & Noble.

About the Author:
Mary Wollstonecraft  was an eighteenth-century British writer, philosopher, and advocate of women's rights. During her brief career, she wrote novels, treatises, a travel narrative, a history of the French Revolution, a conduct book, and a children's book. Wollstonecraft is best known for A Vindication of the Rights of Woman (1792), in which she argues that women are not naturally inferior to men, but appear to be only because they lack education. She suggests that both men and women should be treated as rational beings and imagines a social order founded on reason.

American freethinker and author Robert Green Ingersoll was born on this day in 1833!

In celebration of this great politician, veteran, and lawyer's birthday, Cosimo has highlighted some of his greatest works:

Some Mistakes of Moses
First published in 1879, this audaciously titled volume is a collection of short essays challenging the concept of biblical inerrancy. Focusing on the first five books of the Bible, once popularly believed to have been written by Moses, Ingersoll highlights the savageries, absurdities, injustices, and scientific inaccuracies of the writings considered noble and true by so many. As enjoyable a read as it is a provocative one, this is the lost classic of a true American original.

Great Speeches of Col. R. G. Ingersoll
Considered in their day some of the finest gems of oratory, these lectures by Ingersoll feature some of his most entertaining and most insightful yet lesser known talks, including: "Eulogy on Abraham Lincoln," "Grand Future of America," "Best Portion of the Earth," "Getting Up Early in the Morning," "The Fashions and Handsome Women," "What the Railroads Have Done," "How a Man Should Treat His Wife and Children" and many more.

Abraham Lincoln
Ingersoll published this lecture in 1894, a stirring tribute to the honesty, courage, and genius of a beloved leader at a time when his life and works were still within living memory. Focusing in particular on Lincoln's abhorrence of slavery and his work to defeat it as a national institution, Ingersoll offers readers today an invaluable perspective on the great President from the era immediately after his own, when his legend was being cemented in the American imagination.

The Gods and Other Lectures
As a speaker dedicated to expanding intellectual horizons and celebrating the value of skepticism, Ingersoll spoke frequently on such topics as atheism, freedom from the pressures of conformity, and the lives of philosophers who espoused such concepts. This collection of his most famous speeches includes the lectures: "The Gods" (1872), "Humboldt" (1869), "Thomas Paine" (1870), "Individuality" (1873), and "Heretics and Heresies" (1874).

Cosimo is also happy to offer a both a paperback and hardcover edition of the 12 volume series The Works of Robert G. Ingersoll. Happy birthday to this wonderful author!
Posted by Cosimo, Inc. No comments:
Email ThisBlogThis!Share to TwitterShare to FacebookShare to Pinterest
Labels: Abraham Lincoln, cosimo author, Great Speeches of Col. R. G. Ingersoll, Robert Green Ingersoll, Some Mistakes of Moses, The Gods and Other Lectures, The Works of Robert G. Ingersoll

August Book of the Month: Fanack Water Files on How to Solve Jordan's Water Scarcity


With many places around the world experiencing another summer of drought, Cosimo brings to you our Book of the Month, Fanack Water Files: Water Challenges and Solutions in Jordan with a Special Report on the Red Sea-Dead Sea Project by Fanack, an independent organization focused on the Middle East and North Africa (MENA) region.

According to the U.N., over 3 billion people around the world face water scarcity and this will be one of the critical problems of the twenty-first century. Water scarcity causes not only humanitarian or environmental problems, but could result in conflicts between nations. A recent U.S. National Intelligence Strategy stated that the U.S. considers water scarcity as serious a threat as weapons of mass destruction, terrorism and cyber attacks. The Middle East is not immune to this growing water scarcity, due to its harsh climate and desertification, poor water management and lack of sharing of information among the regional countries.

Considering the crucial nature of water, Fanack has now issued the first in a series of Fanack Water Files dealing with the MENA region. In this publication, it displays the state of the water supply in Jordan, a country of strategic importance to the region due to its location in the Syrian desert and bordering Iraq, Saudi Arabia, Syria, and Israel. Jordan’s growing water scarcity is caused by increased demand due to rapid population growth and the over-exploration of water resources in recent decades. The limited water supply is one of the main obstacles to Jordan’s development. This first report addresses possible solutions, such as rainwater harvesting, treated waste water, seawater desalination in the Red Sea and water transfers between the Red Sea and Dead Sea.

In times of global upheaval, growing world population, and increasing evidence of climate change, this report will enlighten  policy-makers planning their next policies, business people looking for opportunities and academics looking for concise information on the state of water in Jordan. In essence, it is a report of importance to all stakeholders in a more peaceful and prosperous future in this region and the world.

Fanack Water Files: Water Challenges and Solutions in Jordan with a Special Report on the Red Sea-Dead Sea Project is available in ebook and paperback at leading online bookstores, including Amazon (paperback, Kindle) and Barnes & Noble.

About the Author:
Fanack is an independent organization that aims to provide facts about and analysis of the MENA region and its history, society, economy, and culture. Its primary target group is Arab youth, who are exploring their roots and developing their identity in relation to both the Eastern and Western world. Fanack also wants to inform general audience readers that seek a better understanding of the region, including policy-makers, business people, academics, students, and tourists. Visit fanack.com and water.fanack.com.