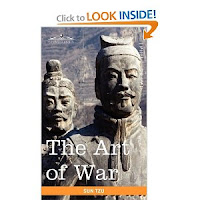 Andrew Ross Sorkin, journalist and financial columnist at the New York Times, has come up with his list of essential readings about Wall Street and business. Although you might not think of it, many of these books are great reads even during the long hot summer days. Let me list his recommendations and add a few of mine to round off your  financial and business "reading education" during this summer:

This coming November we will witness the 50th anniversary of President John F. Kennedy's assassination. But after all these 50 years, the theories about what actually happened and who really was behind this killing of the most promising U.S. President of the 20th century still continue.
The Christian Science Monitor reports that this fall, "a TV network will take another look at the killing in a docudrama that suggests a Secret Service agent accidentally fired one of the bullets that felled Kennedy.....

"ReelzChannel's JFK: The Smoking Gun is based on the work of retired Australian police Detective Colin McLaren and the book Mortal Error: The Shot that Killed JFK by Bonar Menninger. McLaren spent four years combing through evidence from Kennedy's death on Nov. 22, 1963, in Dallas. He and Menninger also relied on ballistics evidence from an earlier book by Howard Donahue. The two-hour docudrama airs Nov. 3 in the U.S., Canada and Australia. It suggests that agent George Hickey fired (..accidentally...) one of the bullets that hit Kennedy. Hickey, who is now dead, was riding in the car behind Kennedy's limo that day."

It's quite astonishing that the theories, books and movies about John F. Kennedy's assassination keep coming, but it shows how

New Review for Dialogues with My God Self

Dialogues with My God Self: Understanding the Law of Love, by Alvaro Bizziccari, has received a new, flattering review on Amazon. The reviewer, booklover343, who titled the review, "Learning about Love from God's Point of View," states:

Dialogues is a conversation, but it is also a book of lessons, a guide to navigating the world from a godly, and especially loving point of view. ...[T]he tone of the book is uplifting and comforting. It is designed to be a tool for readers to refer to when they are struggling with life's problems, and a refuge for those who are weary of the world's self-centered ways. It's not a book for those who cannot or will not take the time to focus on the more important, personal, spiritual things in life. But it's perfect for anyone looking to renew their faith, discover their meaning, and devote their soul to loving their fellow man.


You can read the full review, as well as others, and buy the book, on Amazon. This title is also available as an ebook from Kindle and Nook.

July's Book of the Month is a bit different from our normal fare. Two Scottish Tales of Medical Compassion, by Dr. John Brown, Ian MacLaren, and Dr. John Raffensperger, is a compilation of two beloved Scottish classics and a History of the Edinburgh School of Medicine by a modern doctor.

Finally, Dr. John Raffensperger, a retired surgeon with a deep love for and interest in these medicinal roots, paints a picture of the authors of these tales, John Brown and Ian MacLaren, showing how their ties to the Edinburgh School of Medicine shaped their stories and love of medicine. He takes us back to the first glistenings of modern medicine, where cleanliness standards were just beginning to be discovered and used and where medical procedures with anesthesia were rare. It is a fascinating glimpse into the old ways and will make any reader--doctor, patient, or friend--truly thankful for the advancements that have been made because of men like Dr. John Brown. You can pick up your copy in the paperback version, or order the ebook version straight to your Nook or Kindle and enjoy immediately. Happy reading!

JOHN BROWN, M.D. (1810-1882) was a well-known Scottish doctor and writer from Edinburgh. He attended the medical school at the University of Edinburgh before becoming apprentice to James Syme at the Minto House Hospital. His experiences at the hospital influenced his writing, including "Rab and his Friends," the short stories in his book Horae Subsecivae, and others.

IAN MACLAREN (1850-1907) was the pen name of Highland-born John Watson. Watson studied for the ministry at the University of Edinburgh and at Tubingen in Germany. In addition to serving at the Parish of Logielmond in Perthshire and the Sefton Park Church in Liverpool, he was well known as a writer and speaker, culminating in several speaking tours in the United States. His works include "A Doctor of the Old School," Beside the Bonnie Briar Bush, and The Days of Auld Lang Syne.

JOHN RAFFENSPERGER, M.D. was a surgeon-in-chief at the Children's Memorial Hospital in Chicago and a professor of surgery at Northwestern University. He has authored surgical textbooks, a history of the Cook County Hospital, a collection of short stories, and a "surgical thriller." He currently lives in Sanibel Island, Florida.

ALL NEW! Series of the Month: A History of the American People, by Woodrow Wilson

New for the month of July, Cosimo is celebrating American patriotism with a series of the month! A History of the American People, by Woodrow Wilson, 28th President of the United States, is a five-volume history of the United States and the American people, reflecting many of Wilson's policies and ideas that he later brought to his candidacy and presidency. Our series is a beautiful replica of the 1902 first edition features all the original halftone illustrations. You can order either the paperback or hardcover versions for your collection, and celebrate this Independence Day turn-of-the-(20th)-century style.

Cosimo offers many series and collections of beloved classics at discounted prices. Please visit our series and collections page in our bookstore to discover all the wonderful options. Series always ship free, and are always discounted off the original list price. Order your favorite classic series today from Cosimo! Please visit our website or call our office for more details.
Posted by Cosimo, Inc. No comments:
Email ThisBlogThis!Share to TwitterShare to FacebookShare to Pinterest
Labels: A History of the American People, first edition, Fourth of July, Independence Day, save on classic books, save on classic series, series and collections, Woodrow Wilson

Cosimo’s Classic of the Month: The Constitution of the United States of America

Cosimo's Classic of the Month comes just in time for the Fourth of July, and we're celebrating our country's founding with none other than our founding documents: The Constitution of the United States and Other Historical American Documents.

Just in case you haven't read these all-important documents since your high school history class, you can read up before we celebrate our Independence from the British. Included is The Declaration of Independence, The Articles of Confederation, The Constitution, and--in case you're feeling particularly historical--The Constitution of the Confederate States, created after they attempted to secede from the Union. Together, these four documents offer a firsthand perspective on the political history of the United States.

Our descriptions of the documents are as follows (just in case you want the crash course before diving in, and we really recommend that you do):

The Declaration of Independence: Adopted by the Second Continental Congress on July 4, 1776, this may be the most famous angry letter in history. Written by Thomas Jefferson and addressed to King George III of England, it lays out the grievances of the king's 13 colonies in North America, and announces that those colonies were now free of English rule. By 1783, after a long, bloody, and expensive war, that freedom became a reality.

The Articles of Confederation: Soon after independence from England was declared, the Second Continental Congress instituted this first organizing document of the new United States, which was ratified in March 1781. A compromise between those delegates who wanted a strong central government and those who demanded that the states be sovereign, its shortcomings became obvious during the war--such as the fact that the central government had no power to collect taxes or even to enforce requests for funds from the states, which led to a perpetually underfunded revolution against England.

The United States Constitution: This document replaced the Articles of Confederation on June 21, 1788. One of the most influential works of political philosophy and practicality ever written, it is the oldest national constitution still in use today, and continues to inspire freedom-loving peoples around the world. Its three-pronged system of government--balancing power among legislative, judicial, and executive branches--was groundbreaking. But it failed to address one issue, slavery, that would come to a head a century later.

The Constitution of the Confederate States: This 1861 document organized the new nation created by the seceding slave states. While quite similar in many ways to the U.S. Constitution, it includes more references to God and religion and more emphasis on state sovereignty, offers specific clauses that seek to limit the influence of big business on politics, and codifies the right to own "negro slaves."

Celebrate your Fourth in style, by knowing what your Constitution says. It's all the rage, these days.