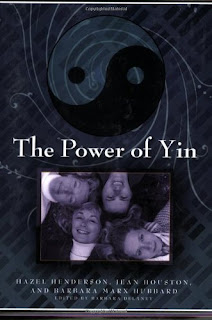 It is with heavy hearts that we make the announcement that our beloved Cosimo author and friend Barbara Marx Hubbard has passed away. Hubbard was the president of the Foundation for Conscious Evolution and a cofounder of Washington D.C.'s Committee for the Future as well as co-author of The Power of Yin, Celebrating Female Consciousness. One of her co-authors, Hazel Henderson wrote a moving tribute in honor of the late Barbara Marx Hubbard, to read the full letter, click here.

"Barbara has inspired millions with her brilliance, reaching people with her lectures, books and course on Conscious Evolution … the next step we humans must now take if we are to survive. Barbara will always be known as the unique planetary futurist … as Buckminster Fuller described her as “the most knowledgeable human” he had ever encountered. Fuller knew that Barbara understood our future choices. She blew the top off future studies, soaring way beyond the thinking and careerism of so many technologically-focused professionals in the field."
- Hazel Henderson

Listen to the most recent interview with both authors here, where they discuss space programs in relation to humans. Henderson and third co-author Jean Houston also spoke about Barbara's life in a roundtable hosted by A Better World Radio. There was also a recent New York Times article written about Barbara, celebrating her life, writing, and philosophies.

Rest in peace Barbara, you shall be missed throughout the world.