"Having been born a freeman, and for more than thirty years enjoyed the blessings of liberty in a free State--and having at the end of that time been kidnapped and sold into Slavery, where I remained, until happily rescued in the month of January, 1853, after a bondage of twelve years--it has been suggested that an account of my life and fortunes would not be uninteresting to the public." 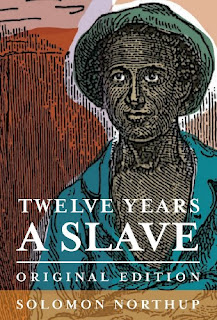 We're pleased to announce that we now offer Solomon Northup's powerful, heartbreaking biographical tale Twelve Years a Slave in both paperback and hardcover, reproduced from its original edition.

This work, originally published in 1853, details Northup's experiences as a free Black man sold into slavery. This harrowing narrative provided factual validation for Harriet Beecher Stowe's fictional Uncle Tom's Cabin. Stowe's work was often maligned and ridiculed by plantation owners who refused to acknowledge the true treatment of slaves in the United States, but Northrup's detailed account of his treatment solidified the facts of the situation, particularly because his enslavement was geographically near the setting of Stowe's work.

Twelve Years a Slave was a bestseller in its time and remains one today. Northrup's work sold approximately 30,000 copies copies when it was first released, and has made the Top Ten of the New York Times Non-Fiction Bestseller list for 2013. Renewed interest in this work stems, in part, to a recent film adaptation by Steve McQueen, starring Chiwetel Ejiofor, Michael Fassbender, and Brad Pitt. It is considered a contender for major honors during the upcoming awards season and has sparked continued debate about the history of this nation and how we represent its events onscreen.