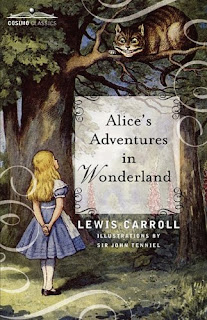 Alice's Adventures in Wonderland turns 150! Both adults and children alike continue to love these classic texts, spawning hundreds of variations on the story from TV shows, to fan fiction, to multiple Hollywood movies, proving that we will follow Alice down many more rabbit holes for years to come.

In 1865, English author Charles Lutwidge Dodgson (also known as Lewis Carroll), wrote a fantastical adventure story for the young daughters of a friend. The adventures of Alice, named for one of the little girls to whom the book was dedicated to, describe a fantastical journey down a rabbit hole and into a whimsical underworld realm.

Dodgson's playfulness-with language, with mathematical puzzles, with testy creatures such as the White Rabbit, the Mad Hatter, and the Queen of Hearts, still confounds and teases lovers of fantasy fiction today.

Alice acolytes continue to unravel the book's strange riddles, and constantly find new meaning in the unexpected underlying themes, from the trials of early adolescence to the value of nonsense. The conundrums and delights of Alice ensures its ongoing influence over modern pop culture. In celebration of the anniversary, many are exhibits and events are popping up all over the world. Those living in NYC can head over to The Morgan Library and Museum to see the original drawings and manuscript or take a guided tour of the Alice statues in Central Park. Our international friends can attend the Mad Hatter’s Afternoon Tea at The Dorchester Hotel in London or visit the art exhibit "Lost Alice" at Castle Galleries in Wales.