"People don't read anymore. The printed book will be dead!" Well, these statements have been made for many years now, but the facts seem to tell otherwise. According to Nielsen Book Scan, total units of print books in the U.S. sold to outlets reporting to Nielsen, were 635 million in 2014, an increase of 2.4% over 2013 and the best numbers since 2010.

"Bookstores are disappearing, especially the independents." That too seems not to be the case - although I have a hard time finding one in my Manhattan neighborhood -.  A New York Times article earlier this year stated that:

"...in the U.S. independent bookstores have rebounded strongly from the financial crisis, increasing their numbers by 27 percent since 2009. ......The American Booksellers Association's chief executive, Oren Teicher, said American indie bookshops have filled the vacuum left by big box bookstores like Borders (which went out of business in 2011) and Barnes & Noble (which has closed hundreds of stores). They have also capitalized on a spirit of localism and urban renewal that is coursing through some American cities. “The enthusiasm and optimism is pretty staggering,” Mr. Teicher said. “Despite all the quantum leaps in technology, the fact is nothing beats a physical, bricks-and-mortar store to discover books that you didn’t know about.”


....hurricane Joaoquin threatened to hit the Jersey shore, a good number of independent bookstores, publishers and authors made their way to this event.

During the various meetings and talks, the importance of independent bookstores to the book trade and to American culture was emphasized by many, authors and publishers alike. This positive energy surrounding the independent book trade percolated throughout the conference.

Friday evening started with a supper where several interesting new books and their authors were presented, such as Radioactive!: How Irène Curie and Lise Meitner Revolutionized Science and Changed the World by award-winning author Winifred Conkling, a fascinating story of two women, Irene Curie and Lise Meitner, breaking ground in the male-dominated field of physics during the early parts of last century. 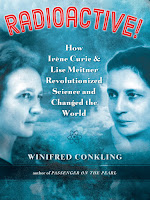 Another interesting book presented by the author herself was Angels Burning, a literary thriller about the murder of a teenage girl in small-town Pennsylvania by New York Times best-selling author Tawni  O'Dell.

This was followed by Bream gives me hiccups by Academy Award-nominated actor Jesse Eisenberg - known for his role as Facebook founder Mark Zuckerberg in The Social Network -  a group of stories from contemporary L.A. to ancient Pompei.


On Saturday, several other books drew attention including: The Witches:Sales 1692 by historian and Pultizer Prize winning Stacy Schiff about the mystery of the Salem Witch trials; Winter Is Coming: Why Vladimir Putin and the Enemies of the Free World Must Be Stopped by former world champion chess, Russian Garry Kasparov, now living in the U.S., about the increasing international threat of Putin's power.

To stay within the political realm and as the U.S. presidential campaigns will be heating up, a new book by former Republican Presidential candidate and conservative icon, Steve Forbes with Elizabeth Ames, may offer insightful reading to the current Republican Presidential hopefuls with Forbes' solutions to repair America, in Reviving America: How Repealing Obamacare, Replacing the Tax Code and Reforming The Fed will Restore Hope and Prosperity

While on the trade floor, in addition to the large publishing houses such as Simon & Schuster, Penguin Random House and Harper Collins, Cosimo was happy to be surrounded by an interesting mix of fellow-conference attendees. Across from us was Scholastic, the children's book publisher, which just this week released the first fully illustrated Harry Potter and the Sorcerer's Stone. 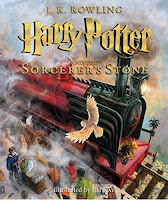 On our left was independently published author H.W. Vivian, author of young adult fiction, with her recent War of Rain. And on our right was Silvermine International Books, an independent distributor and agent. One of the books it was showcasing was Unseen Cuba, a unique coffee table book offering aereal photo's of Cuba, by Lithuanian aerial photographer Marius Jovaisa. With Cuba opening up to U.S. tourists,  a beautiful book which should draw quite some interest. 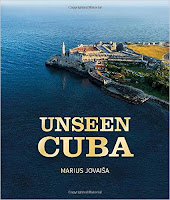 In Cosimo's stand, we were pleased to present some of our perennial books, from Trauma Room One - about the assassination of President John F. Kennedy - to Crash at Corona - sofar the only truly documented crash of an alien spacecraft in the U.S.; from Mystic Journey  - an exploration of our life's story and the process of soul-making,-  to The Joy of Ritual - easy-to-use ritual recipes that are inspiring and fun to use  - and also showcased the upcoming release of  The Supermarket Sorceress: Spells, Charms, and Enchantments Using Everyday Ingredients to Make Your Wishes Come True -  by Lexa Rosean, a Wiccan high priestess and writer. 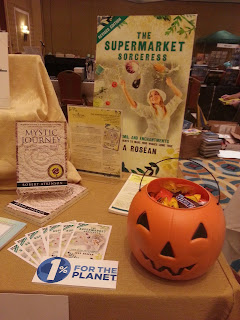 All in all, the NAIBA conference was well-organized, fun and inspiring and we were glad we attended this event.