NPR on the "Inconsistencies" that Haunt Us After JFK's Assassination 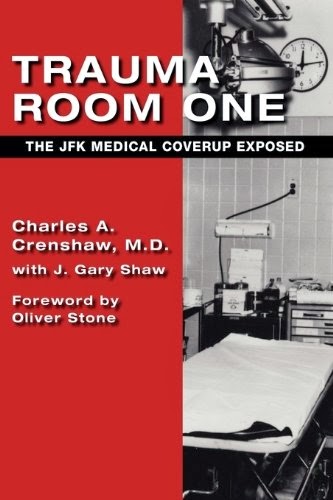 This Board was established by Congress in 1992, a year after Oliver Stone's controversial film J.F.K. sparked renewed conversation about conspiracy theories and the findings of the Warren Commission, who determined that assassin Lee Harvey Oswald worked alone.

This fascinating report details the findings of Dr. T. Jeremy Gunn, who served as director of research and general counsel (and later as executive director) of the Assassination Records Review Board. As Rosenbaum notes at the conclusion of this piece, regardless of Gunn's findings (and indeed, perhaps because of them):


"Fifty years later, this case has still not been closed in the arena of public opinion."

Listen to the full interview here. For more on Kennedy's assassination, check out Trauma Room One, which provides first-hand accounts of the injuries Kennedy sustained, as reported by one of the doctors who attended him. This compelling work argues that Kennedy's injuries were sustained in a manner very different from official reports. It is available in hardcover and paperback at Amazon and Barnes & Noble, and is available for both your Nook and Kindle, as well as in numerous digital formats for eReaders and other digital devices via reKiosk.
Posted by Cosimo, Inc.
Email ThisBlogThis!Share to TwitterShare to FacebookShare to Pinterest
Labels: assassination, conspiracy, John F. Kennedy, rekiosk, Trauma Room One